The case pertains to RTI applicant Kritiwas Mandal who had sought to know in June, 2016 the details of Modi’s foreign visits. 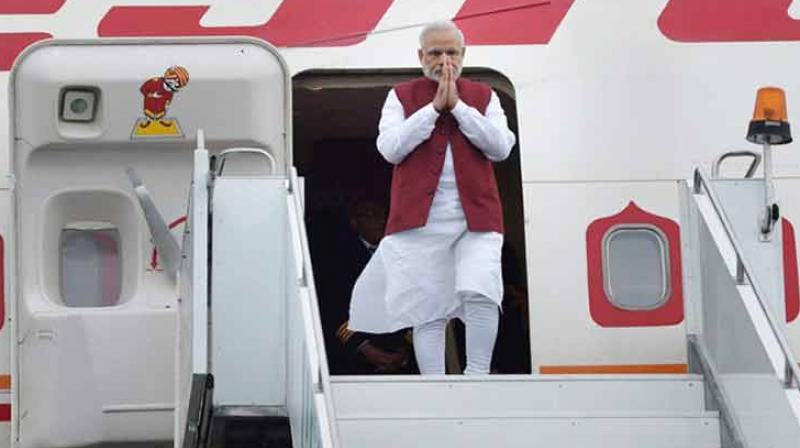 The PMO told the applicant that the information about the prime minister’s foreign visits and expenses incurred is available on its website. (Photo: PTI/File)

New Delhi: The benefits of the foreign visits of Prime Minister Narendra Modi cannot be quantified and are not part of official records, the Prime Minister’s Office (PMO) has told the Central Information Commission (CIC).

The case pertains to RTI applicant Kritiwas Mandal who had sought to know in June, 2016 the details of Modi’s foreign visits, amount spent on the visits, hours spent on these trips and benefits of these visits among others.

The PMO told the applicant that the information about the prime minister’s foreign visits and expenses incurred is available on its website.

The applicant approached the transparency watchdog CIC with an appeal that the information sought by him like hours spent on foreign visits was incomplete.

He also stated that he has not been informed about the fund from which the expenditure of the prime minister’s foreign visits was incurred.

During the hearing on October 10, the PMO stated that with regard to the point about benefits to public from the foreign visits, the appellant has been informed that this information is not part of the official record.

“The respondent (the PMO) stated that the benefit of foreign visits cannot (be) quantified and is not available in their record. Number of hours spent on visit (is) not on record,” Chief Information Commissioner Radha Krishna Mathur noted in his order.

The PMO said visit expenditure is incurred from the Consolidated Fund of India, Mathur informed.