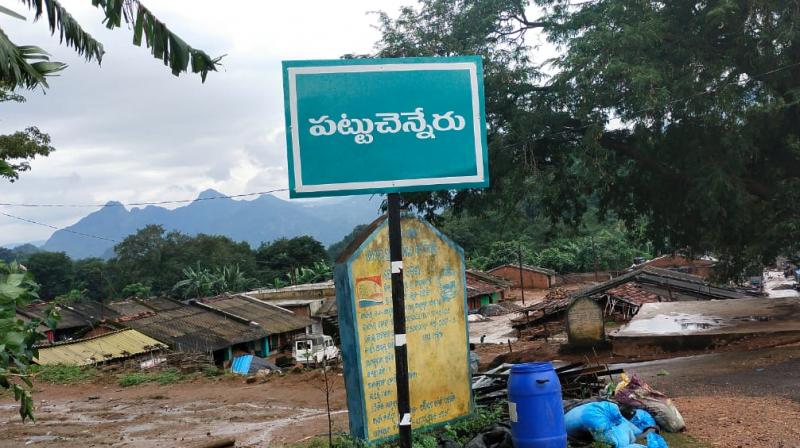 A signage in Telugu in Odisha's Kotia. (Photo: Twitter)

Bhawanipatna: Telugu signages have cropped up in Kotia panchayat area claimed by both Odisha and Andhra Pradesh as the inter-state boundary dispute continued to simmer.

The incident is the latest among a series of happenings in the border region in the last few months.

"Access to three-four villages in Kotia got cut off due to heavy rain on Monday under the impact of cyclone Gulab. Anti-social elements took advantage of the situation and cross over to this side, putting up two signboards in Telugu," Koraput District Collector Abdaal Akhtar said.

"A team has been sent to the spot on Tuesday and it will submit a report. Our goal in Kotia is very clear: all development work will continue. People of Kotia are fully cooperating with the Odisha government and getting benefits of the development work," he said.

The dispute over the ownership of 21 of the 28 villages under Kotia panchayat had first reached the Supreme Court in 1968. In 2006, the apex court held that inter-state boundaries did not fall within its jurisdiction and only the Parliament could resolve them, as it imposed a permanent injunction on the disputed area.

Last month, the Odisha government deployed police and erected barricades at Kotia after the Andhra Pradesh administration attempted to launch several schemes in the area claimed by both states. The southern state had recently announced the results of the panchayat polls it held in Kotia.

BJD leader Debi Mishra said on Tuesday that the panchayat election was null and void, and did not hold any legal standing.