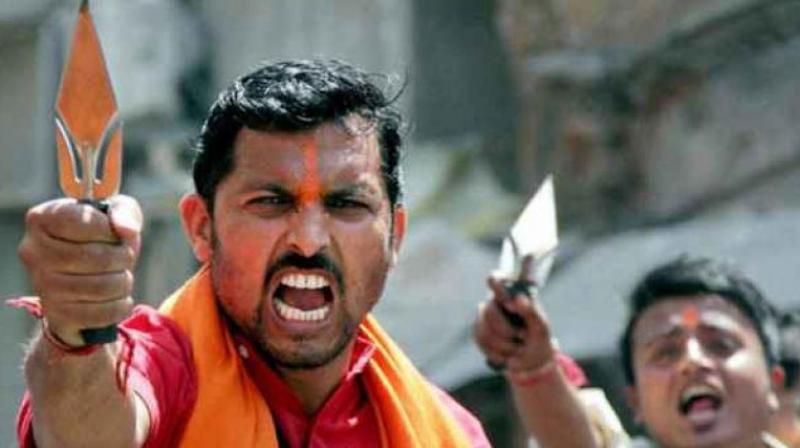 In an open letter to the organisers, it claimed during the past couple of years non-Hindu youths were entering such events and misbehaving with women participants. (Photo: Representational)

Hyderabad: The Bajrang Dal on Saturday asked 'Garba and Dandiya' event organisers here to make Aadhaar cards mandatory for those taking part in the celebrations during the Navratri festivities to check entry of those belonging to "non-Hindu communities".

In an open letter to the organisers, it claimed during the past couple of years non-Hindu youths were entering such events and misbehaving with women participants.

Such youths also manhandle men who come to the rescue of the alleged victims, it claimed.

"Also, the said miscreants used these events as places to trap innocent girls and thus leading to love-jihad cases," it said.

"Teams of Bajrang Dal 'karyakarta's will be present at the venues and if any such case is reported, immediate action would be taken to stop the miscreants from entering, which might lead to the disruption of the whole event," the letter said.