India   All India  29 Sep 2019  BSF personnel suspected to have downed along IB in Jammu
India, All India

BSF personnel suspected to have downed along IB in Jammu

The operation to look for the SI is continuing along the IB near the Aik Nullah area. 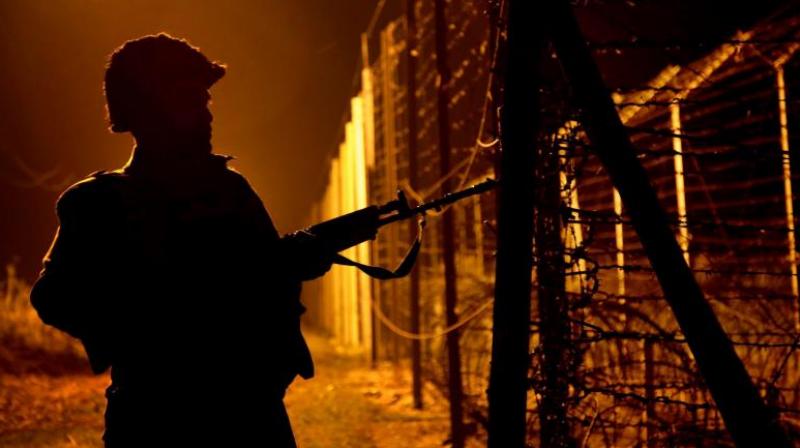 Jammu: A 54-year-old sub inspector of the BSF is suspected to have drowned in a swollen river along the International Border (IB) in Jammu, officials said on Sunday.

They said the Border Security Force has launched a massive search operation and also intimated their Pakistani counterparts after Sub-Inspector (SI) Paritosh Mondal went missing from the bank of a river near the Jaikishan post in Arnia sector on Saturday around 6 pm.

The SI, belonging to the 36th battalion of the force, is stated to be accompanied by two constables of the force and were out for an area domination patrol when he went missing.

The river is in spate due to heavy rains, they said.

The operation to look for the SI is continuing along the IB near the Aik Nullah area, they said.

The BSF is tasked to guard the India-Pakistan IB.