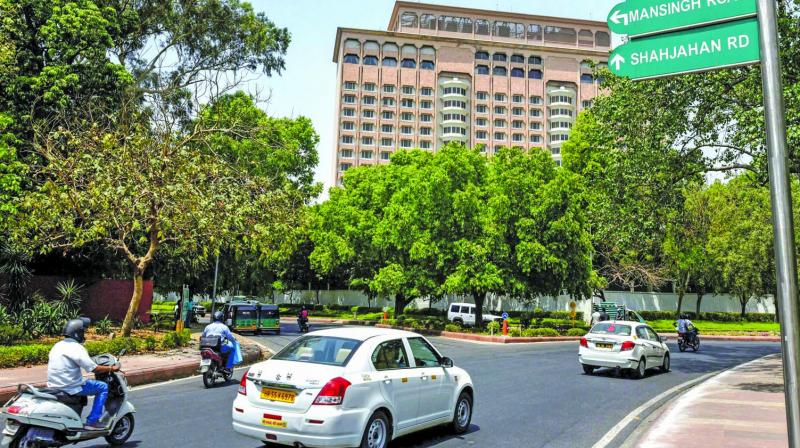 The lease for the hotel will be granted to the group for 33 years at double the license fee.

New Delhi: On Friday, the Indian Hotels Company Limited (IHCL) of the Tata Group retained the iconic Taj Mansingh Hotel in Lutyens’ Delhi in an auction by the New Delhi Municipal Council (NDMC) after years of litigation.

The fiercely contested e-auction began at 11 am and ended at 4 pm. The auction was pending since the lease expired in 2011 and the Tatas were operating the property on temporary extensions. The lease for the hotel will be granted to the group for 33 years at double the license fee.

In a statement, the NDMC said: “After an intense bid battle between ITC Ltd and Indian Hotels Company Ltd (Tata Group), the auction resulted in fetching 32.50 per cent of GTO (gross turn over) for NDMC, which is about 78 per cent increase from the existing licence fee. IHCL (Tata Group) is declared as the highest successful bidder. The licence will be for a period of 33 years.” The statement said that before the e-auction of the property, IHCL used to pay Rs 3.94 crore per month, including GST.

Failing to auction the luxury hotel after two attempts, the NDMC had decided to relax the eligibility criteria for bidders last month and reduced the minimum number of bids required. The auction had to be put off twice as it received less than the required number of bids for the five-star property to go under the hammer.

Earlier, the civic body had issued an annulment notice for the e-auction in June when it had to be cancelled as only IHCL — the existing operator — had submitted its bid for retaining the property.

The Taj Mansingh was given to the Tata Group in 1978 on lease for 33 years, which ended in 2011. The company had been since given nine temporary extensions. The NDMC, however, could not auction the property then as it was tied up in a legal battle with the IHCL.

“We are delighted that the iconic Taj Mahal, which has been an important part of the cultural and historic fabric of the national capital, will continue to remain a part of the IHCL family,” said Puneet Chhatwal, the managing director and chief executive officer of IHCL. “We would like to thank our customers for their enthusiastic support and our employees, who have always offered exceptional service to our guests for over 40 years. We look forward to investing in the hotel and taking it to new heights of Indian hospitality. The Taj legend will continue to serve Delhi with elegance and charm,” Mr Chhatwal added.