India   All India  29 Sep 2018  HAL records highest-ever turnover amid questions over its capability
India, All India

HAL records highest-ever turnover amid questions over its capability 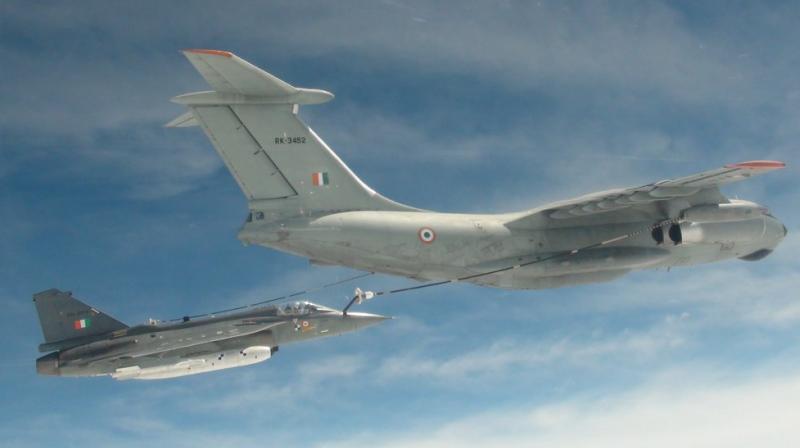 The disclosure comes close to the Defence Minister's claims that one of the reason for the deal for 126 Rafale planes falling under the UPA regime was that HAL did not have required capability to produce them. (Photo: File)

Bengaluru: Days after Defence Minister Nirmala Sitharaman questioned the production capacity of Hindustan Aeronautics Limited (HAL), the public limited company announced its highest ever turnover of Rs. 18,28,386 lakh in FY 2017-18, in comparison with the previous year's turnover of Rs 17,60,379 lakh.

The company underlined that it has produced 40 aircraft and helicopters, including Su-30 MKI, LCA Tejas and Dornier Do-228 in fixed wing and ALH Dhruv and Cheetal Helicopters in rotary wing. In addition, the company said it has produced 105 new engines, overhauled 220 aircraft/helicopters and 550 engines and 146 new aero-structures for space programs were produced during the period.

This was disclosed during the HAL's 55th Annual General Body Meeting of Shareholders, first after its listing at the new HAL Management Academy (HMA) campus at Bengaluru on Friday.

The disclosure comes close to the Defence Minister's claims that one of the reason for the deal for 126 Rafale planes falling under the UPA regime was that HAL did not have required capability to produce them. On Thursday, Minister of State for Heavy Industries Babul Supriyo said, HAL had quoted double man power hours to Dassault Aviation for a job that could be done in "100 man-hours".

HAL's new Chairman and Managing Director, R Madhavan, in his address to the shareholders, presented the performance highlights for the year 2017-18 and discussed the future plans of the company besides addressing the concerns of the shareholders.

"He acknowledged the trust and confidence of the Shareholders and reiterated his commitment to pursue growth opportunities for the Company. He said that in spite of the challenges, the Company has achieved significant growth in revenue and profits," HAL said in a statement.

Talking to ANI, an HAL official said: "We are producing so many complex platforms like Sukhoi and different versions of MiGs. So, with the help of the Original Equipment Manufacturer (OEM) we would have done it (Rafale) too."