In the list 17 people were identified while identities of five people are still unknown. 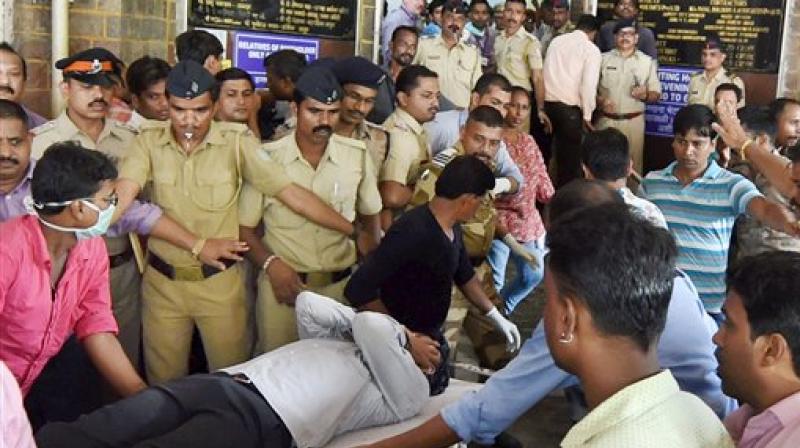 An injured being shifted to a hospital in Mumbai on Friday after a stampede at Elphinstone railway station. (Photo: PTI)

Mumbai: The Western Railway released the list of 22 passengers killed in the Elphinstone Road foot overbridge stampede on Friday morning.

In the list 17 people were identified while identities of five people are still unknown.

According to the list 14 males and eight females were among the 22 killed.

List of injured persons in incidence of Stampede at Foot Over Bridge at Elphinstone Road today ie 29/9/17 @PiyushGoyalOffc @RailMinIndia pic.twitter.com/5xrY5sM5DK

Western Railway has also released the list of those injured in the incident.

Railways Minister Piyush Goyal said the expenses of injured will be borne and compensation of Rs 1 lakh will be given to those seriously injured while Rs 50,000 will be given for the treatment of other injured victims in the incident.