Congress vice-president Rahul Gandhi condoled the death of Fotedar and said, “Fotedarji was a pillar of strength in the Congress Party. 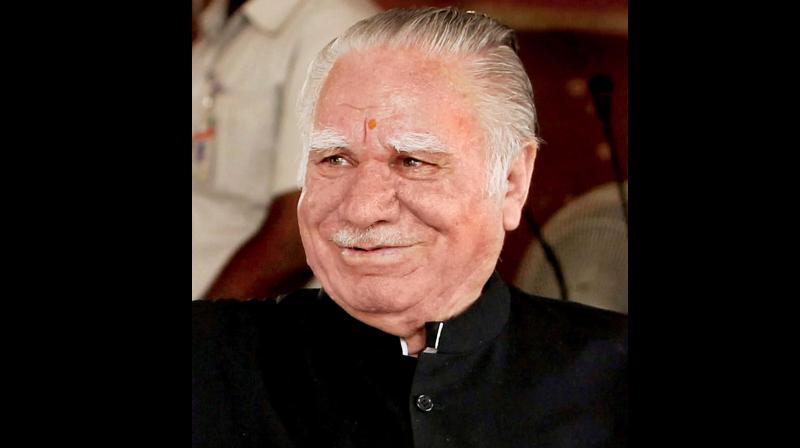 Makhan Lal Fotedar passed away on Thursday afternoon in a private hospital in Gurgaon.

New Delhi: Former Union minister and Congress Working Committee member Makhan Lal Fotedar passed away on Thursday afternoon in a private hospital in Gurgaon. The veteran Congress leader was ailing for a long time and was in hospital since the middle of June this year. Medical superintendent of the hospital, A.K. Dubey, said Fotedar was suffering from diabetes, hypertension and respiratory infection.

Fotedar was a native of Kashmir. He was a close confidante of former Prime Minister Indira Gandhi and served as her political secretary. After her death, he worked with the then Prime Minister Rajiv Gandhi as political secretary after which he was inducted in the Cabinet. Congress president Sonia Gandhi, while expressing her condolences on his demise, said, “In his long and active political career spanning over five decades, he tirelessly fou-ght for the rights of people and served them with utmost integrity. One of the guiding lights for the Congress party and has left behind a void which can never be filled.”

Congress vice-president Rahul Gandhi condoled the death of Fotedar and said, “Fotedarji was a pillar of strength in the Congress Party. His demise is a big loss to us. My condolences to his family in this hour of grief.”  Fotedar had left active politics. In 2015, he wrote a book, The Chinar Leaves, in which he claimed that Indira had seen Rahul’s sister Priyanka as her successor.