The Bar Council of India has issued a notice to Mr Dave, seeking his reply in four weeks. 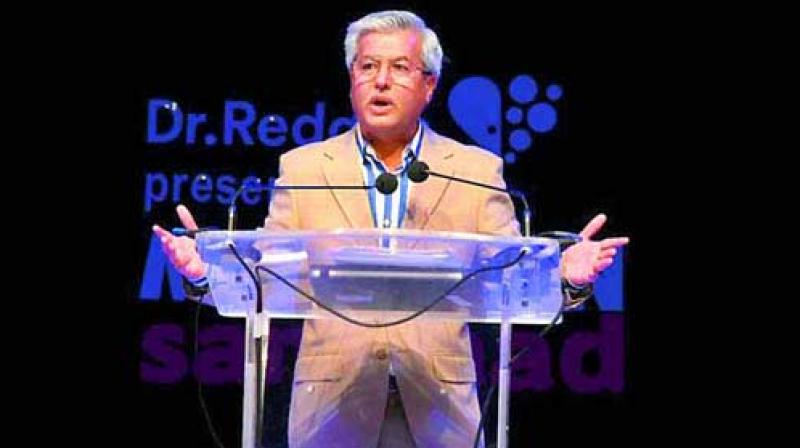 New Delhi: Taking serious note of the alleged derogatory remarks and comments of senior advocate Dushyant Dave against the Chief Justice of India, Dipak Misra, the Bar Council of India on Thursday issued a notice seeking his reply in four weeks.

The decision of the apex court collegium of judges headed by the CJI to transfer Justice Jayant Patel from Karnataka high court to the Allahabad high court, took a new turn with former Supreme Court Bar Association president Mr Dave during a television debate criticising the CJI Dipak Misra for such a decision.

It may be recalled that protesting against his proposed transfer, Justice Patel resigned on Monday.

The BCI in its notice to Mr Dave clarified that the council may not agree with the collegium’s decision with regard to Justice Patel and it may join hands with the Gujarat High Court Advocates’ Association in the legal proceedings. But the baseless comments and statements of Mr Dave on television on Wednesday was an attempt to malign the image of the judiciary and the institution.

The personal attacks of some personal vendetta against the CJI amounts to gross misconduct, the BCI said and sought Mr Dave’s response in four weeks.