Parvez has been active as a human rights activist and lawyer for many years now and has survived an assassination bid. 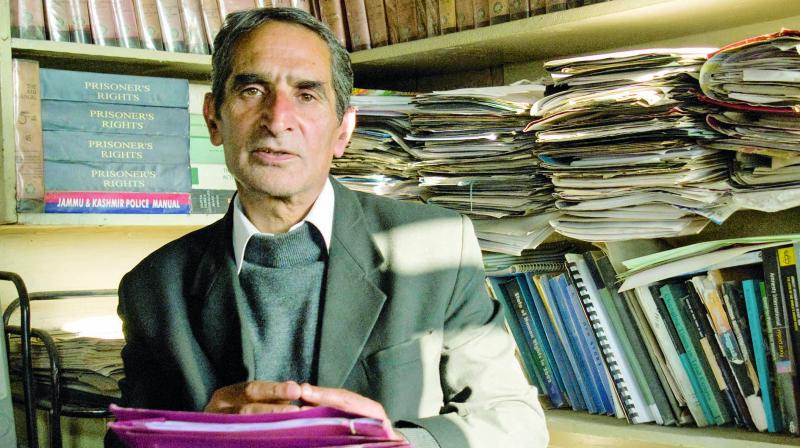 Srinagar: Two Kashmiri activists have won Norway’s Rafto Prize for human rights for their long-term struggle against violence and violations of the people’s rights in the restive state.

The awardees are Parveena Ahangar, the chairperson of the Association of Parents of Disappeared Persons (APDP), and lawyer Parvez Imroz, who heads Jammu Kashmir Coalition of Civil Society.

“Parveena Ahangar and Imroz Parvez have long been at the forefront of the struggle against arbitrary abuses of power in a region of India that has borne the brunt of escalating violence, militarisation and international tension,” a statement issued by the Rafto Foundation said.

Ms Ahangar has been struggling with other members of the APDP to trace thousands of victims of involuntary disappearance during the nearly three-decade old turmoil in Jammu and Kashmir. Her own son Javaid Ahangar is among them. He was allegedly picked up by the security forces from their home in Srinagar’s Batamallo area in 1990 when he was only 17. Parvez has been active as a human rights activist and lawyer for many years now and has survived an assassination bid.

Ms Ahangar while reacting to her being chosen for Rafto Prize said, “The outside world has felt our pain and recognised our effort aimed at seeking return of our dear ones”. She also said that if those who disappeared after their reported arrest by security forces are dead “we must be told about it.”

“Their long campaign to expose human rights violations, promote dialogue and seek peaceful solutions to the intractable conflict in Kashmir has inspired new generations across communities,” The Rafto Foundation said. The prize of $20,000 will formally be presented on November 5 in the western Norwegian town of Bergen.

Rafto Prize is named after the late Norwegian human rights activist Thorolf Rafto and four past winners of the prize (Aung San Suu Kyi, Jose Ramos-Horta, Kim Dae-Jung and Shirin Ebadi) went on to win to Nobel Peace Prize, whose laureate for 2017 will be announced on October 6.