India   All India  29 Aug 2019  Gujarat on high alert after reports of Pakistani militants trying to infiltrate
India, All India

The Border Security Force and Indian Coast Guard along with other security agencies are keeping a close vigil. 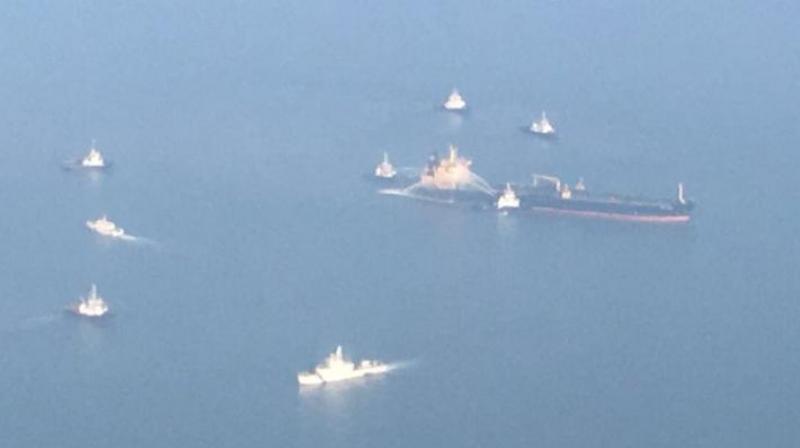 Enhanced vigil and patrolling in the area is underway. (Photo: File)

Gujarat: The security agencies, on Thursday, have sounded high alert at all ports of the state after the input of infiltration of Pakistani commandos into Indian territory through Kutchh, through sea route to create communal disturbance or terrorist attack in the state.

According to a statement by Adani Ports and SEZ, "inputs had been received from coast guard station that Pakistan-trained commandos have entered the Gulf of Kutch through the Harami Nala creek area and they are believed to be trained with underwater attacks."

"It is therefore directed to take utmost measures of security and prevent any untoward situation in Gujarat state. It is advised that all ships at Mundra Port take utmost security measures and maintain a vigilant watch," the Adani statement says.

Another alert signed by the Signal Superintendent of Deendayal Port Trust, earlier known as Kandla Port Trust in Kutch, has asked for enhanced security measures that include "highest state of readiness and vigilance", the deployment of maximum possible assets and personnel to plug vulnerable areas, tracking suspicious individuals or boats near the coast, patrolling along the coast and checking of all vehicles in offices or homes nearby, NDTV reported.

The Border Security Force and Indian Coast Guard along with other security agencies are keeping a close vigil at the key areas such as Gulf of Kutch and Sir Creek ausing small boats.

The vigilance has been enhanced and continuous patrolling in the area is underway.

"We have received intelligence that the underwater wing of Jaish-e-Mohammed is being trained for attacks. We are keeping track of it and can assure you we are fully prepared to foil any such plan," news agency ANI quoted Admiral Singh as telling reporters in Pune.