Both Prime Minister Narendra Modi and Ms. Swaraj have also visited the region to strengthen ties. 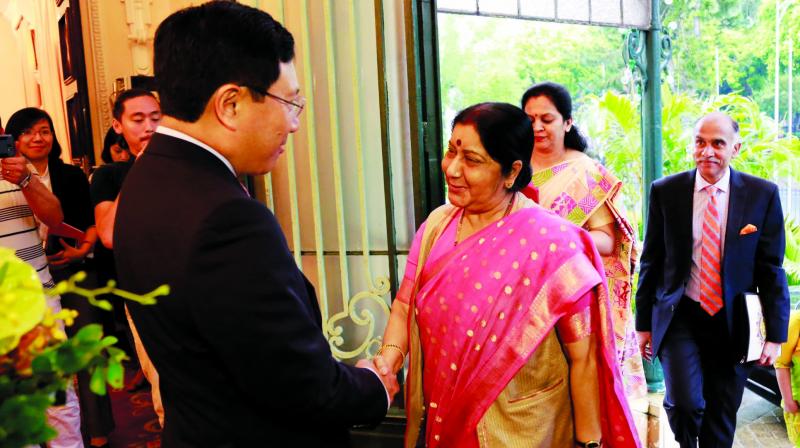 New Delhi: Apart from the “Act East” policy (towards south-east and east Asia), India has a new “Think West” policy towards West Asia and Gulf region, external affairs minister Sushma Swaraj said on Tuesday, at the third edition of the “Indian Ocean Conference” in Hanoi, Vietnam.

She added that India’s eastern seaboard is “a particular focus and can help recreate an integrated hub and spoke model for reg-ional connectivity in the Bay of Bengal”.

Ms Swaraj also said that “nurturing a climate of peace and stability in this (Indian Ocean) region is an important priority for our foreign policy”.

The minister’s comment on the new Indian policy of “Think West” represents India’s active engagement with west Asian countries including those in the Gulf region where a large number of Indians work. Both Prime Minister Narendra Modi and Ms. Swaraj have also visited the region to strengthen ties.