Following Agnihotri's tweets, thousands of users condemned him and volunteered to be part of list of people defending alleged Naxals. 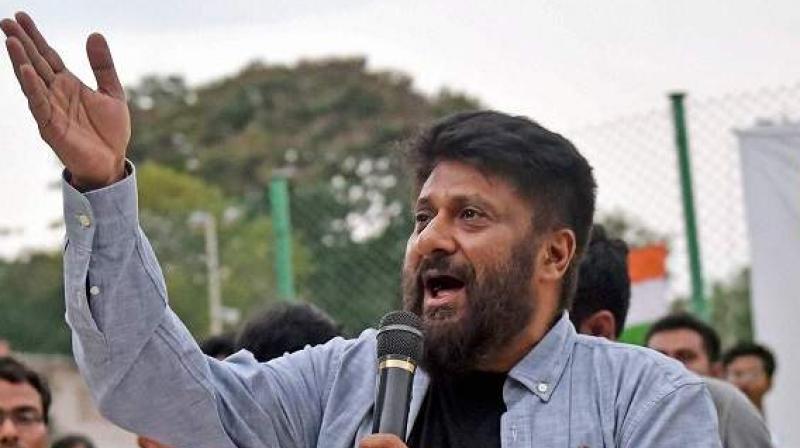 New Delhi: Thousands of Twitter users on Wednesday came out in support of the five activists arrested in connection with the Bhima Koregaon violence, with the #MeTooUrbanNaxal becoming the latest trend on the micro-blogging site.

The messages of support for the activists started pouring in after Bollywood filmmaker Vivek Agnihotri took to his Twitter account to announce that he wanted some "bright young people to make a list of all those who are defending #UrbanNaxals."

I want some bright young people to make a list of all those who are defending #UrbanNaxals Let’s see where it leads. If you want to volunteer with commitment, pl DM me. @squintneon would you like to take the lead?

Agnihotri had earlier hailed the Bharatiya Janata Party (BJP) government's crackdown against Naxals saying, "All these names of #UrbanNaxals have been there with Manmohan Singh's Govt also. Many times Sonia Gandhi was also made aware. But that Govt refused to act against its own patrons. This Govt did. That is the real problem. Congratulations @rajnathsingh for courageous work."

His tweets come in the backdrop of support from numerous individuals, including political leaders such as Congress president Rahul Gandhi and Communist Party of India-Marxist (CPI-M) general secretary Sitaram Yechury condemning the arrests of the activists.

Following his tweets, thousands of users came out in condemnation of Agnihotri and volunteered to be a part of the list of people defending the alleged Naxals.

"Hi @vivekagnihotri, Dissent is important for our democracy to function and to hold our Government accountable. I intend to do exactly that. Put me on your list. #metoourbannaxal," said one user.

"If having a contrarian point of view makes me an Urban Naxal, I was one in the Congress regime, and I am one in the BJP regime. #MeTooUrbanNaxal," said another.

"If believing in the constitutional rights and fighting for them is 'urban Naxal' then #MeTooUrbanNaxal," a user tweeted.

On Tuesday, the Pune Police carried out raids in Mumbai, Ranchi, Hyderabad, Faridabad, Delhi, and Thane, with informed sources telling news agency ANI that Varavara Rao, Arun Ferreira, Gautam Navlakha, Gonsalves and Sudha Bhardwaj were the five activists arrested in connection with the violence which broke out in January.

The Bhima Koregaon violence erupted across Maharashtra while observing the 200th anniversary of the Bhima-Koregaon battle in January. A youth died and several others, including 10 policemen, were injured in the violence.