This is first investment by Mr Buffett, famously known as the “Oracle of Omaha”, in an Indian startup and is being seen as a major coup for Paytm. 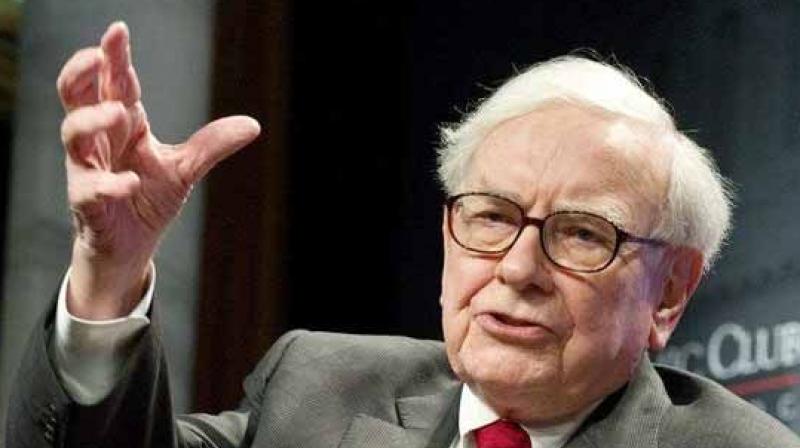 New Delhi: In a big shot in the arm for Paytm, billionaire investor Warren Buffett’s Berkshire Hathaway has picked up a stake in the company and will get a position on its board. Reports said Berkshire is pumping in around $300-350 million (about Rs 2,500 crores) into Paytm, valuing the Indian firm at over $10 billion.

This is first investment by Mr Buffett, famously known as the “Oracle of Omaha”, in an Indian startup and is being seen as a major coup for Paytm.

Mr Buffett has cult status in the global investor community, which keenly follows his every move. However, the investment has not been made by Mr Buffett in his personal capacity.

For Berkshire, this marks a rare shift in its strategy. Mr Buffett has traditionally invested in companies from sectors like consumer goods, energy and insurance.

“One97 Communic-ations Ltd, that owns the brand Paytm, India’s largest digital financial services company today announced that Berkshire Hathaway, a Corporation headquartered in Omaha, Nebraska, United States, has invested an undisclosed amount in the company,” said a statement by Paytm on Tuesday.

After the investment, Berkshire will join Ant Financial, SoftBank, Alibaba and SAIF Partners as key Paytm shareholders. Todd Combs, investment manager at Berkshire Hathaway, has joined the board of directors of Paytm.

Paytm founder and CEO Vijay Shekhar Sharma told a television news channel that “Berkshire was definitely willing to invest a larger amount, but we did not have so much space in the capital table”. Mr Sharma said the investment by Berkshire was an endorsement of Indian entrepreneurs who are building world-class companies out of India.

Berkshire Hathaway is under a lot of pressure to find investments and whittle down a $108.6 billion stockpile of cash. “I have been impressed by Paytm and am excited about being a part of its growth story, as it looks to transform payments and financial services in India,” said Mr Combs.