Joint Commissioner of Pune Police also claimed to have evidence to suggest that arrested people had links with Kashmiri separatists. 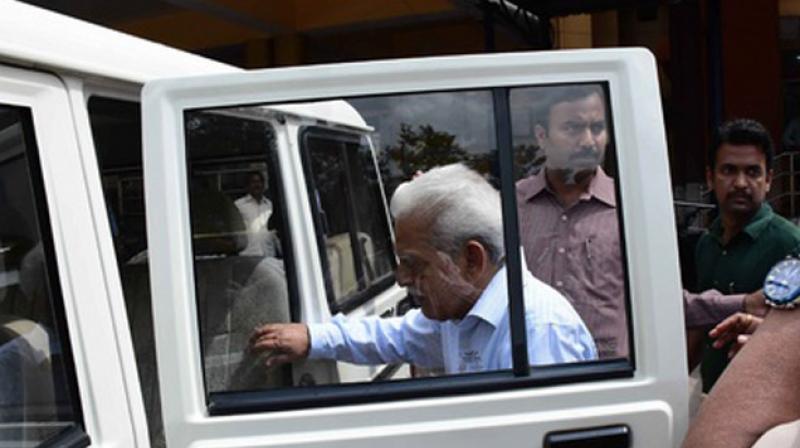 Pune: A day after arresting five Left-wing activists for alleged Maoist links, the Pune Police said on Wednesday it had "evidence" which suggested that there was a plan to target the "highest political functionaries".

Joint Commissioner of Pune Police Shivajirao Bodkhe also claimed to have evidence to suggest that the arrested people had links with Kashmiri separatists.

Pune police on Tuesday raided the homes of prominent Left-wing activists in several states and arrested five of them -- poet Varavara Rao in Hyderabad, activists Vernon Gonsalves and Arun Ferreira in Mumbai, trade unionist and lawyer Sudha Bhardwaj in Faridabad and Chhattisgarh and civil liberties activist Gautam Navalakha in Delhi.

The raids were carried out as part of a probe into a conclave -- Elgar Parishad -- held in Koregaon-Bhima near here on December 31 last year, which had allegedly triggered violence the next day.

The police official, while addressing a press conference here today, said the Elgar Parishad had been funded by the Maoists.

Bodkhe said the arrested activists have shown a strong intolerance to the political system.

Some of the evidence collected suggests that there was a plan to target the "highest political functionaries", he added without elaborating.

He said the police had seized laptops and pen drives from the arrested people.

The Pune police brought Rao, Gonsalves and Ferreira to Pune on Tuesday night and produced them in a court here on Wednesday.

Some prominent people on Wednesday approached the Supreme Court, challenging the arrests.

The Supreme Court ordered that all the five people would have to be kept under house arrest till September 6.