Lockheed has picked Tata Advanced Systems as its local partner, while Saab has not yet announced its Indian collaborator. 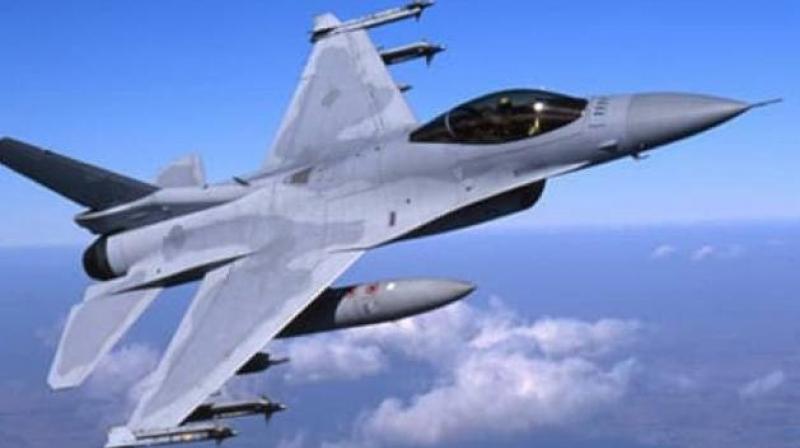 The US defence giant and Sweden's Saab are in a two horse-race to equip the Indian military with at least 100 single-engine jets that have to be produced locally under Prime Minister Narendra Modi's 'Make-in-India' plan. (Photo: PTI/Representational)

New Delhi: Lockheed Martin is closing in on an international deal for F-16 fighter planes, and has offered to eventually build all the jets at a proposed plant in India if it wins a bigger order to supply the Indian Air Force, a top executive said.

The US defence giant and Sweden's Saab are in a two horse-race to equip the Indian military with at least 100 single-engine jets that have to be produced locally under Prime Minister Narendra Modi's 'Make-in-India' plan.

Randall L Howard, who leads F-16 business development, said Lockheed is offering to make India the sole F-16 production centre, so eventually it will make the planes not just for India, but also for other countries.

Lockheed is closing its F-16 production line at Forth Worth, Texas and will supply new orders from a new facility at Greenville, South Carolina. But the plan was to eventually build the planes in India, Howard told Reuters.

"Our next customer, which we believe to be very soon ... we will produce those aircraft out of that (Greenville) facility," he said. "As you look beyond that, the opportunity for India is to then move all of that into India and that's what's being proposed ... to have a single production line in India that would service the new production requirements of global demand, the global market."

India's government is set to issue a formal request to Lockheed and Saab over the next few days to provide information about their plans to design, develop and produce combat jets in India, a government official said.

The planes will be produced under a new 'strategic partnership' policy under which the foreign aircraft maker will collaborate with an Indian firm to develop a world-class indigenous aeronautical base that India has struggled to build for decades.

Lockheed has picked Tata Advanced Systems as its local partner, while Saab has not yet announced its Indian collaborator to produce the Gripen E aircraft that it has offered to the air force.

Howard said the plan to relocate the F-16 plant to India enjoyed the support of the US government after initial concerns it would conflict with President Donald Trump's 'America First' campaign under which he has pressed for companies to invest in the United States and create jobs.

Howard said winning the Indian contract worth billions of dollars will protect thousands of jobs at Lockheed in the United States as well as at dozens of components suppliers, since the Indian facility will come up gradually.

"We will start with an assembly, you can't go from ground zero, from a standing stop to full production in a week. You have to phase it in."

India's Air Force is running short of hundreds of aircraft as its indigenous Light Combat Aircraft programme is dogged by delays and quality issues.