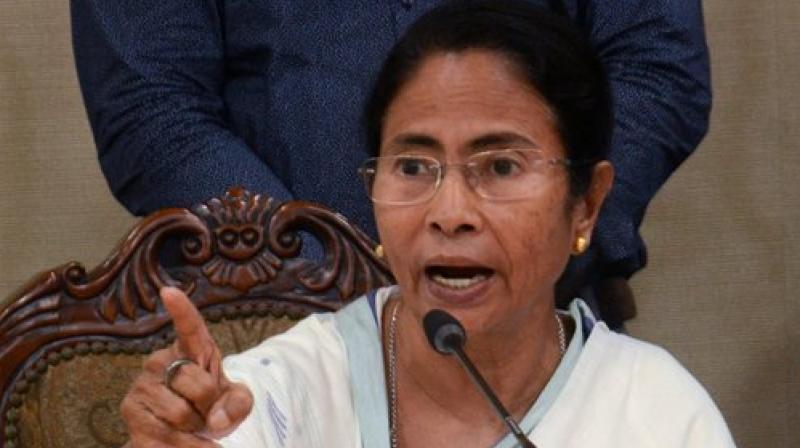 The chief minister has also called for an end to the indefinite shutdown underway over the last two months in the hills in demand of Gorkhaland. (Photo: PTI/File)

Kolkata: Describing the first round of dialogue with all political parties for peace in Darjeeling as 'positive' chief minister Mamata Banerjee on Tuesday made it clear that the consideration of separate statehood demand for Gorkhaland was beyond her government's authority. The chief minister has also called for an end to the indefinite shutdown underway over the last two months in the hills in demand of Gorkhaland.

After chairing the hour-long meeting at the state secretariat, Nabanna, Mamata said, "It was a positive and cordial meeting which means the beginning of a dialogue. We are happy that the dialogue ultimately has got underway after 78 days."

Elaborating the details of the peace-talks Mamata underlined, "The discussion was good with those who attended the meeting today. The hill parties--- GJM, GNLF and JAP-- raised their demand of Gorkhaland which is their prerogative. They can air their voice. It is a democratic set-up. Raising their demand in the beginning of the meeting they reasoned that Gorkhaland is the aim of their movement."

The chief minister continued, "But we clearly told them we would not discuss the issue because it does not fall under our purview and we can not do anything on it. They also spoke about the bipartite meeting with the state government. They requested us to recommend their demand of Gorkhaland to the Delhi which has the jurisdiction. But we never made such recommendation earlier and we will not be able to make any such."

Mamata mentioned, "What we can discuss is restoration of peace and normalcy in the hills because we want to resolve the issue. Dialogue is a continuous process which has just started. The scope of not-talks has ended. We will meet again in the second week of next month. The next meeting will be held at 3 pm on September 12 in Uttarkanya."

According to Mamata, "All of us have unanimously agreed in favour of restoration of peace. All the political parties can discuss about it among themselves meanwhile. Let them take some time also. The dialogue must continue. We have appealed to all to end the bandh in Darjeeling."

Later Binay Tamang, who led the five-member GJM delegation condemned the explosions in Darjeeling. Alongwith JAP leader Harka Bahadur Chhetri, he  also called for restoration of peace in the hills.