India   All India  29 Jul 2020  Centre's push for Bharat: Study in mother tongue or regional language till Class 5
India, All India

Centre's push for Bharat: Study in mother tongue or regional language till Class 5

The new policy will replace the existing policy that was formulated in 1986 under the Rajiv Gandhi government. 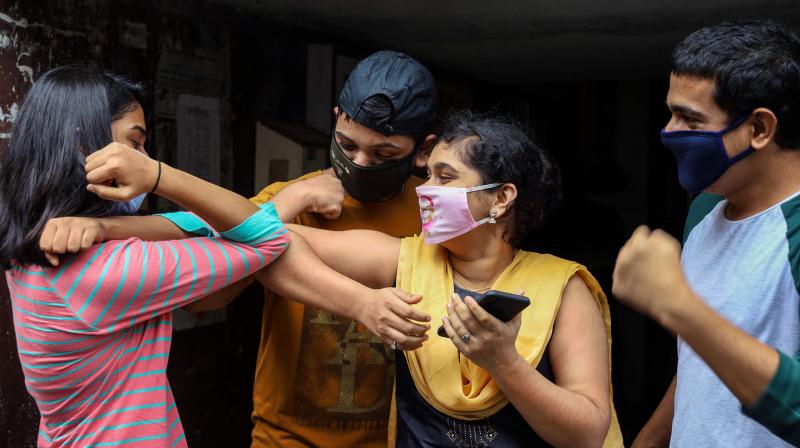 Students celebrate after MSBSHE declared the class 10th SSC results, at a school in Thane. (PTI)

The Centre on Wednesday took a huge step towards weaning India away from Angrezi and making it Bharat. The National Education Policy, the first since 1986, makes the mother tongue/regional language compulsory medium of instruction up to at least class five.

This, along with the new policy of a 5+3+3+4 curricular structure, instead of the usual 10+2 curricular structure, will make students take school examinations in classes 3, 5, and 8 as well. This will be similar to students writing their class 10 board exams to enter higher secondary school or class 12 board exams to enter undergraduation. The new structure corresponds to the age groups 3-8, 8-11, 11-14 and 14-18 years.

The Centre's rationale behind promoting mother tongue-based school education is that most of the early learning of a child happens in the native tongue. It also wants to promote multilinguism among students. So, the government not just wants to keep the medium of instruction in the mother tongue or regional language till class 5 but preferably till class 8 and beyond.

Perhaps, adding a Hindutva flavour to  the whole medium of instruction argument is the addition of Sanskrit as an language at all levels of school and higher education as an "important and enriching option for students", including as an option in the three-language formula.

Interestingly, foreign languages, such as Korean, Japanese, Thai, French, German, Spanish, Portuguese, and Russian, will also be offered at the secondary level -- probably at the expense of English. Giving further impetus to regional language teaching, e-content will be made available to students in local languages.

Making board exams easy and reduction of curriculum to core concepts are some of the reforms that the new policy states.

While Board exams for classes 10 and 12 will be continued, they will be reformed to eliminate the need for taking coaching classes. The government said:  "Board exams will be redesigned to encourage holistic development and will also be made easier by testing core capacities and competencies".

Notably, students will be allowed to take board exams two times in a given school year: One main examination and one for improvement, if desired.

Unlike previous rigid distinctions between arts and sciences, between curricular and extra-curricular, and between vocational and academic streams, the new schooling system will provide students with increased flexibility and choice of subjects so that they choose their own paths according to their talents and interests.

To reduce the burden of curriculum on students, the school curriculum will be reduced to core concepts, while vocational education will be made a key part of school education from class 6. Interestingly, students can also start learning coding from class 6 onward.

Importantly, to break the hold of rote learning culture in India, Board exams will now be based on application of knowledge.

In a major push towards focusing on developing the skills and capabilities of a student, the school education is all set to focus on integrating 21st century skills and mathematical thinking. By 21st century skills, many experts mean subjects like emotional intelligence, problem solving, critical thinking and creative thinking. School report cards will be a comprehensive report on skills and capabilities instead of just marks and statements.

When a student moves to higher education, he or she will have the choice between 3 and 4 year undergraduate courses. They will also have multiple entry and exit options in degree courses.This in simple terms means that a student after completing the first year in a discipline or field is eligible to exit with a certificate; a diploma after 2 years of study; or a Bachelor's degree after a 3-year programme. Meanwhile, MPhil courses, whose relevance is increasingly under the scanner off late, will be discontinued.

All higher education institutions, except legal and medical colleges, to be governed by a single regulator. This effectively means that Universities Grant Commission (UGC), which is the apex body for Indian Universities and the All India Council for Technical Education (AICTE), the body for technical education institutes, will be merged into one single body called the Higher Education Commission of India (HECI).

In addition, the policy will now focus on a more holistic and multidisciplinary approach towards education and is likely to allow students flexibility in choosing subjects in undergraduate and post-graduate education.

The New Education Policy will specifically emphasise e-learning, an issue which has bothered the education system amid the ongoing coronavirus lockdown. To that effect, schools, teachers and students will be made "digital friendly".

Planning, administration and management of the education system will be e-technology enabled. Teaching and assessment of students, too, will follow suit.

Last but not the least, the Union government has renamed the Ministry of Human Resource Development as Ministry of Education -- as it was called before September 1985.