Operation Vijay was an intensification of Pakistan’s fourth war against India, which, since the late 1980s, continues till date. 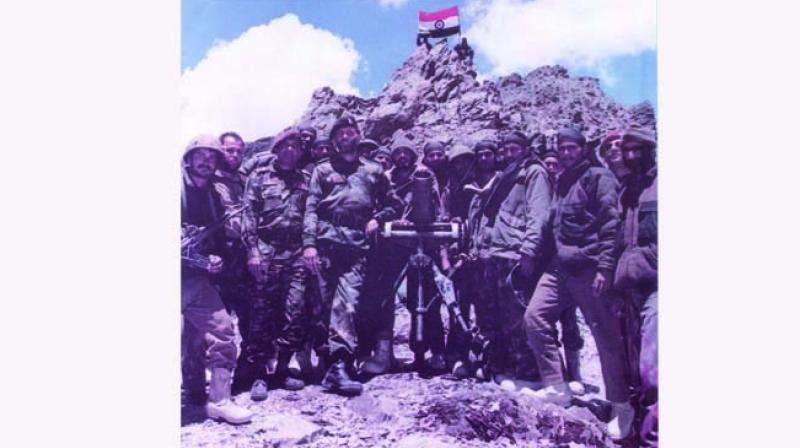 Indian soldiers after winning a battle during the Kargil wa

On July 26, 1999, India’s victory over Pakistan’s Kargil misadventure was achieved through Operation Vijay. This was an intensification of Pakistan’s fourth war against India, which, since the late 1980s, continues till date. True to its tradition of forgiving the enemy when it begs for mercy and despite having to pay a heavy price for fighting a war within its territory, Indian forces allowed the Pakistanis to return across the Line of Control (LoC), even after Indian prisoners of war (POWs) were tortured and killed, instead of being repatriated,

After the 1971 war, India repatriated all of the 93,000 Pakistani POWs in good health. But Pakistan has not returned the 54 Indian Armed Forces personnel captured during that war and more in the following years, who are not even registered as POWs, till date. About nine years ago, two Indian Army personnel and one, Wing Commander Abhinandan Varthaman, earlier this year, were repatriated following much media exposure.

The successful eviction of Pakistanis by the concerted action of the Indian Army and Air Force clearly demonstrated that while India remains a votary of peace, it has the will and capability to win a war on extremely challenging terrain. It was also a milestone in the history of military aviation that for the first time air power was deployed with such effectiveness and yet with the restriction of not crossing the Line of Control. The lessons from Kargil are worth studying for all armies and air forces across the world.

The Pakistani army, known for trying to avoid committing its own troops whenever possible and “outsourcing” much of its offence to terrorists, raised for its Kargil misadventure 12 battalions of Northern Light Infantry (NLI), largely comprising non-Sunnis, literally as cannon fodder. Unlike the rest of the Pakistani army, which is dominated by major ethnic groups like the Punjabis and Pashtoons, the NLI troops were drawn from eight major ethnic groups — Baltis, Shins, Yashkuns, Mughals, Kashmiris, Pathans, Ladakhis and Turks. The community composition of NLI is 49 per cent Shias, 23 per cent Ismailis, 10 per cent Noor Bakhshis and only18 per cent Sunnis. About 55 per cent hail from Gilgit while 35 per cent hail from Baltistan. Most of these 12 battalions were raised in 1998, when Pervez Musharraf was heading the Pakistani army’s directorate of military operations. The NLI was raised specifically for capturing Kargil Heights, Drass and Batalik.

The Pak army, which wanted to project the Kargil operation as one by terrorists, initially refused to acknowledge or accept the bodies of the first few NLI casualties. There were also reports of NLI’s rations not getting replenished. This became obvious when sugar crystals were seen stuck to the lips of some casualties. Bodies of many NLI casualties were transported in the dark and their graves and graveyards, too, were not given any pride of place. The Northern Light Infantry was not even treated as part of the regular Pakistan army till sometime after the Kargil war.

While Indian soldiers were victorious everywhere — from Batalik to Chorbatla, and Valdor to Shangrut — Pakistanis were surrounded from all sides. Fighting uphill on steep slopes, Indians displayed raw courage and cut through the Pakistani barricades. Victory for the Indian Army following the 77-day Operation Vijay was costly — 527 killed and1,363 wounded.

The Pakistan army losses were hard to pinpoint. While Pakistan confirmed that 453 soldiers were killed, the American estimate was of about 700 fatalities. According to former Mr Sharif, there were over 4,000 fatalities. Indian estimates were of 1,042 Pakistani soldiers killed. Gen Musharraf, in his book, In the Line of Fire, differs from everyone in stating that 357 troops were killed and 665 wounded. While then Prime Minister Nawaz Sharif’s figure may be exaggerated and his ultraconservative, the Indian estimate may not be far from the truth. In a number of cases, Indian Army units returned the bodies of enemy troops killed, saw bunkers being destroyed and were able to hear the Pak army’s radio transmissions. 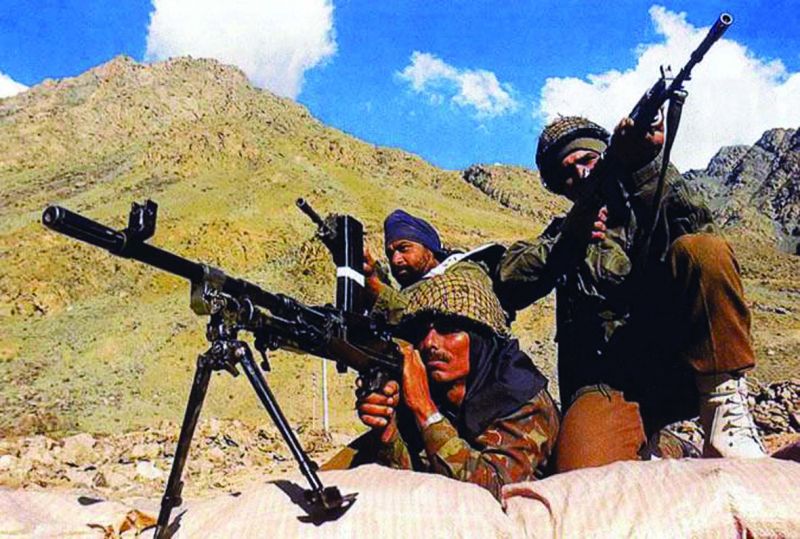 Almost three decades after the 1971 India-Pakistan war, India stood united. Publicity by the media for every Indian martyr’s mortal remains returning home had the entire nation shedding tears. To boost the morale of soldiers going to the front, singers and stars converged in large numbers at railway stations. Cricketers also did their bit by visiting hospitals where the wounded were being treated.

Then Prime Minister Atal Bihari Vajpayee’s considered decision for the Indian Air Force not to cross the LoC, though disadvantageous for IAF, paid India diplomatic dividends. G8 nations supported India and condemned the Pakistani violation of the LoC at the Cologne summit, as did the European Union. China, a long-time ally of Pakistan, insisted on a pullout of forces to pre-conflict positions along the line and settling of border issues peacefully. The Asean Regional Forum, too, supported India’s stand on the inviolability of the LOC.

India released taped phone conversations between the Pakistan army chief and a senior Pakistani general where the latter is recorded saying: “the scruff of the militants necks is in our hands”.

Befittingly, many tributes and commemorations were organised, including expeditions by the units that participated in the Kargil war to their respective battlefields at super high altitude locations such as Tololing, Tiger Hill and Point 4875. There was a special national integration camp for NCC. Essay and drawing competitions were organised in Ladakh’s schools.

Kargil Vijay Diwas is of special significance to the people of Ladakh. A run, Ek Daud Shaheedon Ke Naam, featured citizens from the remotest corner of the region, and war veterans. There were polo and archery contests, even a T-20 Cricket Championship at the NDS Memorial Stadium situated at an altitude of 11,500 feet. Teams from Indian Army, Indian Air Force, Indo Tibetan Border Police and local clubs from the entire Ladakh region participated.

The celebrations in the national capital began on July 14, with the lighting of the victory flame at the National War Memorial, New Delhi, from where it traversed through 11 towns and cities, to culminate at the Kargil War Memorial in Drass.

A commemoration ceremony was organised at the Manekshaw Centre, New Delhi, where a discussion with war veterans and serving officers was conducted. The Kargil Vijay Diwas Evening was held at the Indira Gandhi Indoor Stadium on the 27th.

While many of the Kargil Review Committee Report’s recommendations remain unimplemented, one very welcome change is the political will to sanction special offensives that has been striking fear in the heart of the enemy.