Last month he had met rape accused party MLA Kuldeep Singh Sengar at Sitapur jail to thank him for his massive win in UP's Unnao. 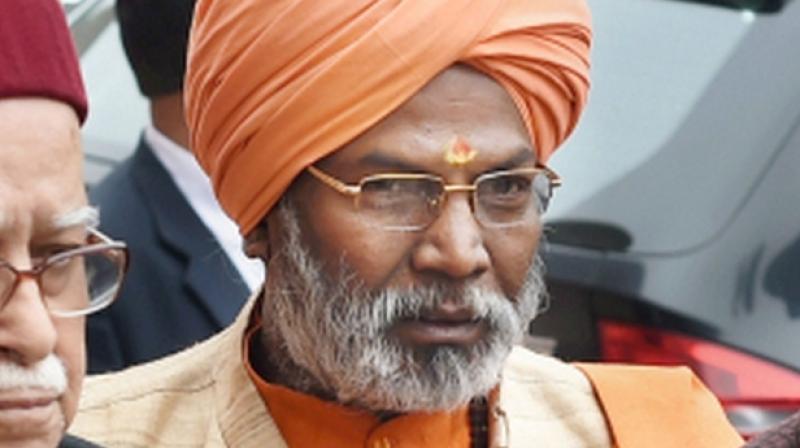 Speaking to reporters outside parliament, Unnao parliamentarian said, 'The Unnao rape victim's accident is unfortunate and we are sad with it. CBI is already investigating the case and hence making a statement over it won't be appropriate.' (Photo: PTI)

Speaking to reporters outside parliament, Unnao parliamentarian said, "The Unnao rape victim's accident is unfortunate and we are sad with it. CBI is already investigating the case and hence making a statement over it won't be appropriate."

Meanwhile, Samajwadi Party MP, Akhilesh Yadav raised the issue in the parliament after SP MP Azam Khan's apology and said, "Azam Khan ji has said what he wanted to say. What about the 'beti' in Unnao? We should also talk about that."

AIMIM chief Asaduddin Owaisi also cornered the state government on the issue and said, "The victim had clearly stated that she wants CBI inquiry. This is not an accident this is an attempt to shut the mouth of that girl. Everyone wants justice in this case."

Later in the day, Samajwadi Party leader Juhi Singh, along with other party leaders reached to hospital and met with family members of the Unnao victim undergoing treatment.

"The victim is critical. The family wants that she must be shifted to AIIMS. There aren't any medicines. Family is paying for all the medicines and bringing it from outside", she said.

It is necessary that the victim is shifted from here and is provided with a better facility, she added.

Unnao rape victim had met with an accident on Sunday while travelling from Unnao to Rae Bareli. While two of the victim's aunt succumbed after the accident, she and her lawyer are grievously injured.