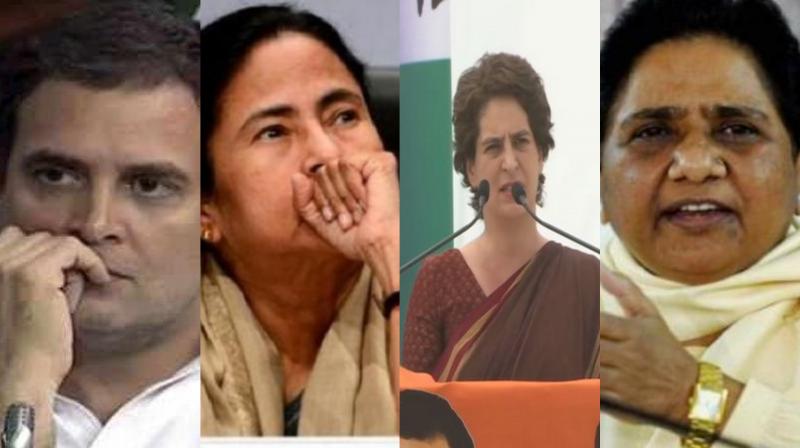 Mumbai: A car in which the survivor of Unnao rape case, her family and lawyer were travelling was hit by an over-speeding truck in Rae Bareli on Sunday, killing two members of the family while leaving her and the advocate critically injured, news agency PTI reported.

West Bengal CM and TMC supremo Mamata Banerjee said, "Everyday they (BJP) defame Bengal but does the government have any idea about what is happening in UP? What happened in Unnao? Two relatives of the victim died and she is in serious condition. There should be a high-power inquiry."

So a woman is allegedly raped by a BJP MLA. Her father is beaten up and dies in custody. A key witness dies mysteriously last year. Now her aunt who was also a witness is killed and her lawyer is critically injured in an accident caused by a truck with blackened number plates.

Earlier today, six Congress MPs gave Adjournment Motion in the Lok Sabha over the lawlessness showed by the Uttar Pradesh government in connection with the accident of the Unnao rape victim.

Speaking to ANI, former UP chief minister and Samajwadi Party chief Akhilesh Yadav said, "We are demanding CBI investigation in Unnao accident and I will also raise the issue in the Lok Sabha. Our party's Rajya Sabha members will also raise it in the upper house".

Another former chief minister of UP, BSP chief Mayawati alleged of a conspiracy in the accident and demanded the Supreme Court to intervene.

"The accident of Unnao Rape victim's car with a truck in Raebareli, prima facie looks like a conspiracy. Her two aunts have died and she along with her advocate is grievously injured. Supreme Court must take cognizance of the issues and must ensure strict action against the accused", he said.

Congress MLA from Rampur Khas constituency, Aradhana Mishra on Sunday asked for an investigation into the accident.

Meanwhile, the NCW also wrote to the DGP seeking investigation into the matter.