'She is obsessed about staying in power. She can do anything to remain in power,' he said. 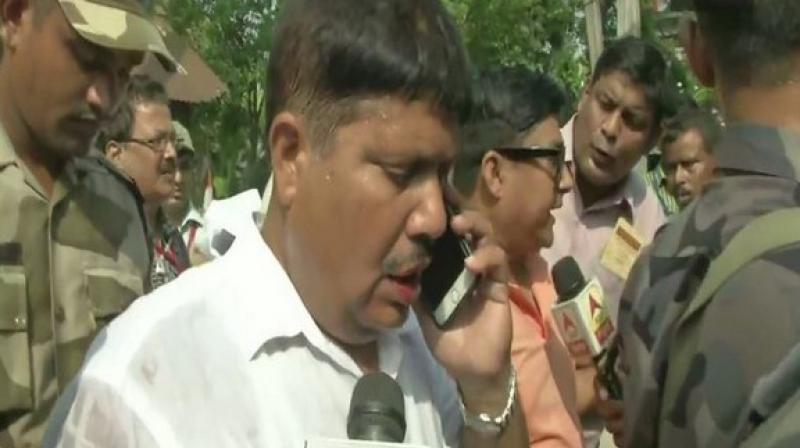 The BJP leader also accused the Chief Minister of giving shelter to Bangladeshis and Rohingya in the state as vote bank. (photo: ANI)

Howrah: BJP leader and Barrackpore MP Arjun Singh on Sunday slammed West Bengal Chief Minister Mamata Banerjee saying she was obsessed about staying in power and that she was "trying to convert West Bengal into Kashmir".

"She is obsessed about staying in power. She can do anything to remain in power. She is worried about losing it," he said while addressing a gathering in Lilua. "The day she loses power, she will kill herself."

The BJP leader also accused the Chief Minister of giving shelter to Bangladeshis and Rohingya in the state as vote bank. She is trying to convert West Bengal into Kashmir, he alleged.

Challenging the Chief Minister to contest elections from Bhatpara, Singh said, "No matter how many riots you engineer, you cannot enter Bhatpara. People of Bhatpara want Arjun Singh and not you."

"Trinamool Congress leaders have given shelter to goons from outside who indulge in bombing disguised as policemen. Police is aware of everything but it is working like Mamata Banerjee's cadre," he said.

Singh claimed that around 107 TMC MLAs are in touch with BJP and so the Assembly elections in the state might take place before 2021.

Around 500 people joined Bharatiya Janata Party in the presence of Arjun Singh after the meeting.