At least 50 MLAs of Cong, NCP in touch with BJP: Maharashtra minister

Mahajan's comments came against the backdrop of a string of leaders from Sharad Pawar-led NCP deserting their parent party in recent past. 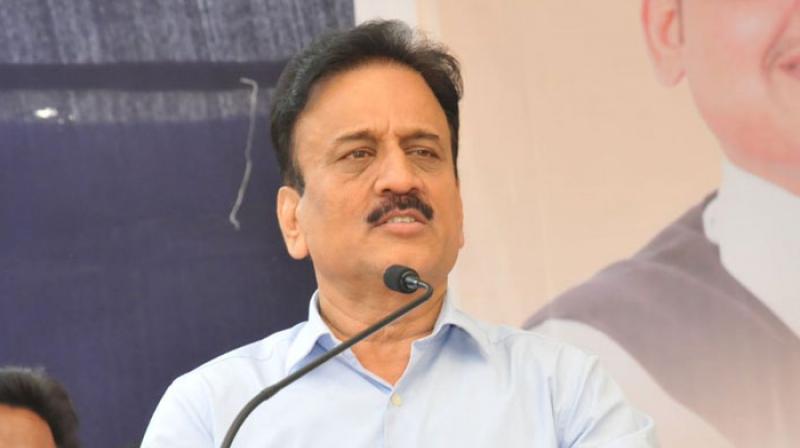 Mahajan also dismissed Sharad Pawar's allegations that the BJP was misusing government agencies against the leaders of the Congress and the NCP to make them defect. (Photo: Twitter)

Mumbai: Senior BJP leader and Maharashtra Water Resources Minister, Girish Mahajan, on Sunday claimed that at least 50 MLAs of the Congress and the NCP are in touch with the ruling party to switch over ahead of the assembly elections, due later this year.

Mahajan's comments came against the backdrop of a string of leaders from Sharad Pawar-led NCP deserting their parent party in recent past.

"Some 50 MLAs of Congress and NCP are in touch with the BJP. Senior NCP leader Chitra Wagh had expressed her desire to join BJP a month back, claiming she had no future left in her parent party. The MLAs are requesting that they wanted to join the BJP ahead of the assembly elections...Congress is in the shambles and in the next couple of weeks, the NCP will look weaker," Mahajan said.

NCP leaders Sachin Ahir, the Mumbai unit chief of the party and former minister, Chitra Wagh, the women wing president of the party, have quit the NCP. Ahir has already joined the Shiv Sena. NCP MLA Vaibhav Pichad has also expressed his desire to join the BJP.

Mahajan also dismissed Sharad Pawar's allegations that the BJP was misusing government agencies against the leaders of the Congress and the NCP to make them defect.

"He (Pawar) is levelling these allegations to cover up his own political failure. We have not threatened anyone or pressurised any leader," he said.

The minister, believed to be a confidante of Chief Minister Devendra Fadnavis, also defended the raids conducted by Income Tax sleuths on NCP leader and former minister Hasan Mushrif, saying the action was legal and not out of any political vengeance.

Meanwhile, sources said that a sizable number of corporators, including Mayor of Navi Mumbai Municipal Corporation Sandeep Naik, may switch over to the BJP from the NCP.

The politics of Navi Mumbai has traditionally been dominated by a faction led by former excise minister and NCP leader Ganesh Naik.

"A sizable number of corporators on Sunday held a meeting in Navi Mumbai and appealed to Sandeep Naik to join the BJP ahead of assembly elections. If that happens, the BJP will not only gain a strong candidate, but it will also come into power in the civic body as well," said sources close to the development.

Speculation is also rife that the Naik senior may also cross over to the BJP.