Workers digging an old well at an areca garden at Bidanuru stumbled upon 'iron cased' cylindrical type of rockets used during the period. 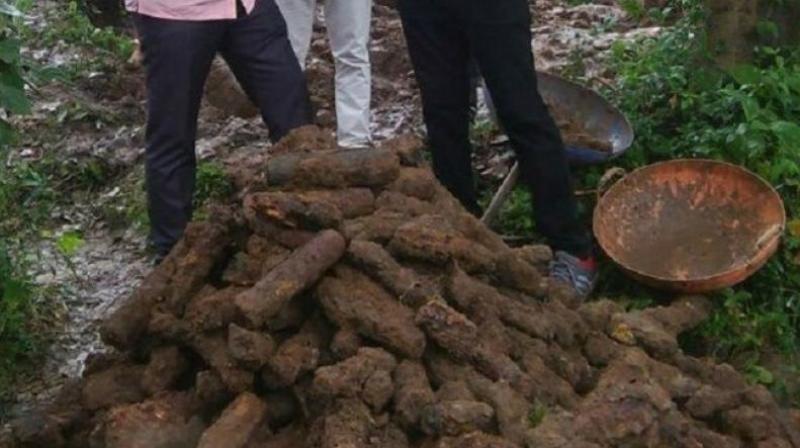 The rockets would be preserved at 'Shivappa Nayak Museum Shivamogga' as 'rocket gallery.' (Photo: AFP)

Shivamogga: Over 1,000 "rockets" used during the period of 18th century Mysore ruler Tipu Sultan have been unearthed from the silt of an abandoned well at a village in Shivamogga district, officials said on Saturday.

Workers digging an old well at an areca garden at Bidanuru stumbled upon the 'iron cased' cylindrical type of rockets used during the period, a top archaeology department official said.

Department of Archaeology Commissioner Venkatesh told PTI that similar rocket type models of the Tipu Sultan period were found near the same place six years ago.

He said the rockets would be preserved at 'Shivappa Nayak Museum Shivamogga' as 'rocket gallery.'

Similar rockets of the Tipu Sultan period are preserved at London Museum.

Tipu Sultan, who took over the reins of administration of Mysuru kingdom after the death of his father Hyder Ali, fought the mighty British army fearlessly adopting modern warfare techniques.

He is credited with being the first ruler in the country to introduce military tactics of using mass attack rockets in 18th century.

Experts said the "Iron-cased rockets" found in the well are designed and crafted as cylindrical iron tubes that can be launched easily by a soldier.

On launching, it would allow great compression of the filled 'gun powder' and consequently reach a firing range of two km with accuracy, they said.

According to experts, Tipu employed this technology in second 'Anglo-Mysore' war in 1780 and achieved remarkable results posing a big challenge to the British Army.

The AngloMysore Wars were a series of four wars fought between the British and the Mysore kingdom, the last of which saw Tipu killed in 1799.

Tipu invaded Bidanuru in Shivamogga district which was ruled by Keladi dynasty after the fall of the Vijaynagar empire. He defeated the Keladi ruler in the war.