‘Pak would have changed if Sushma was PM’

Pak national praises minister after she directed diplomat to provide visa to a patient. 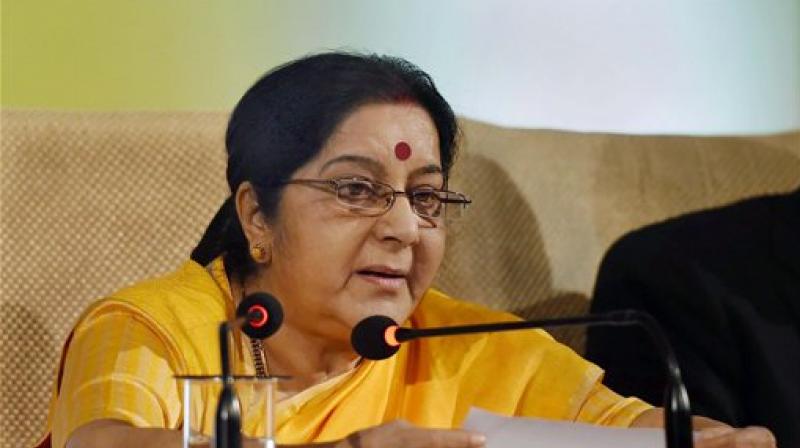 Ms Swaraj’s direction to India’s high commissioner in Pakistan Gautam Bambawale came on Thursday after a woman, Hijaab Asif, sought the external affairs minister’s urgent intervention in giving visa to a Pakistani requiring medical treatment. “Dear ma’am, spoke to (deputy high commissioner) DHC in Isalamabad, told the patient’s current condition and he said it’s all up to you. If you allow, @SushmaSwaraj he would give us the visas right away. Ma’am please take a look into this. We are ready to provide you with any medical verifications or whatsoever by being physically present at IHC in Islamabad. We need your help,” Ms Asif tweeted earlier. The patient is suffering from serious liver ailment, she reportedly said. “Gautam Bambawaleji — Inhein Indian visa de do (give them the Indian visa),” Ms Swaraj told the Indian high commissioner.

“Maam, we are in touch with the applicant. Rest assured we will follow it up,” the Indian high commission tweeted in response to the minister’s directions.

Touched by Ms Swaraj’s response, Ms Asif was quoted as saying, “Lots and lots of love and respect from here. Wish you were our Prime Minister. This country would have changed.”

India had decided a few months ago that Pakistani nationals seeking visas for medical treatment in India must accompany their visa applications with a recommendation letter by Pakistan PM’s foreign policy advisor Sartaj Aziz.