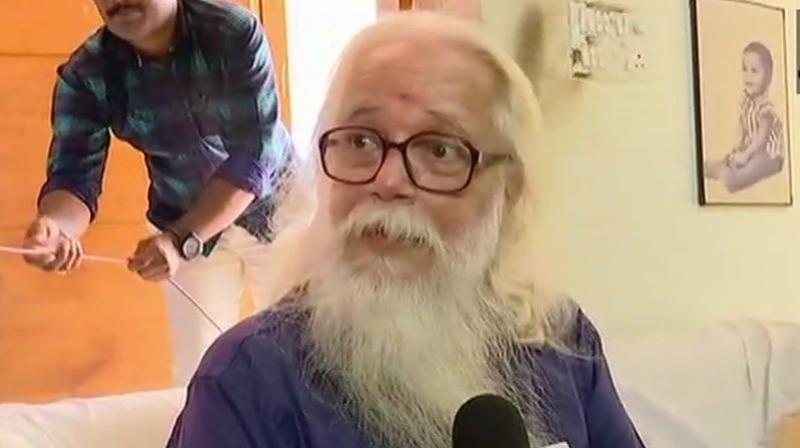 The ISRO spy case had erupted in 1994 in Kerala when Narayanan was arrested on charges of espionage. (Photo: ANI/File)

The senior CBI officials are expected to arrive in the state capital on Tuesday as the probe team is planning to record the statement of scientist Nambi Narayanan.

The development came after CBI filed an FIR marked as classified in the Thiruvananthapuram Chief Judicial Magistrate (CJM) court accusing 18 persons including former police officials of hatching a conspiracy.

The police officials named include the then head of Special Investigation Team (SIT) that probed the ISRO scandal Siby Mathews, along with others in the team including --- A Vijayan, Thampi S Durgadutt, then City Police Commissioner V R Rajeevan and then Deputy Director, Intelligence Bureau, RB Sreekumar.

In April, the Supreme Court had ordered the CBI to look into the Justice DK Jain Committee report on senior Kerala police officials who allegedly framed Narayanan in the ISRO espionage case.

The Supreme Court also had barred the public circulation of the contents of the report.

The ISRO spy case had erupted in 1994 in Kerala when Narayanan was arrested on charges of espionage along with another senior official of ISRO, two Maldivian women and a businessman.

It had created a political storm in the state as the inner party feud in Congress was at its peak and the then Chief Minister K Karunakaran had to resign over the case.