The CM pointed out that unlock process resulted in rise in movement and interaction, due to which the number of cases started increasing 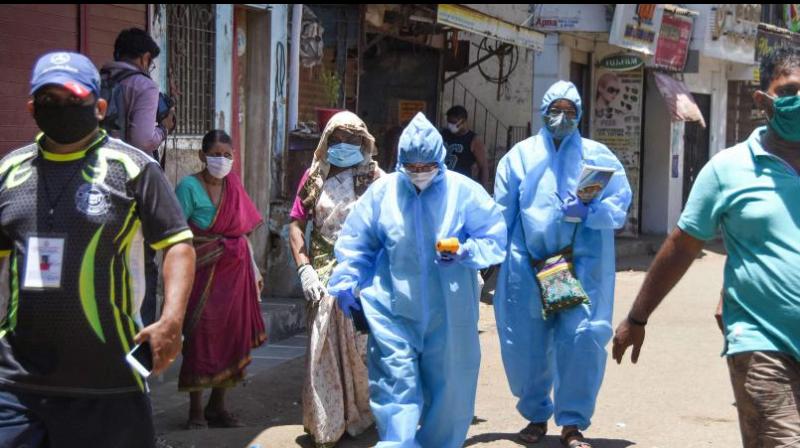 The lockdown in Maharashtra will continue after June 30. (PTI Photo)

Mumbai: Maharashtra Chief Minister Uddhav Thackeray has put to rest the possibility of ending the lockdown curbs in the state. The lockdown in Maharashtra will continue after June 30 and it may be even imposed strictly in some parts of the state where there is a rise in Covid-19 cases, he said on Sunday.

Mr Thackeray said there will be some restrictions in the state after June 30 but more relaxations will be offered gradually. “The state has now started the unlock process under the Mission Begin Again. There will be some restrictions even after June 30, but eventually more and more relaxations will be offered to the people,” he said.

After more than two months of rigorous coronavirus-induced lockdown, the state government has begun the unlock process by offering several relaxations to people under ‘Mission Begin Again’ from June 8. There were expectations that the curbs will be lifted further after the month of June. However, Mr Thackeray ruled out easing the restrictions saying that the virus threat is not over yet.

“The lockdown will not be lifted after June 30. People should not be under any illusion that the lockdown shall be over and all activities will resume. The purpose behind implementing the Mission Begin Again was only to put the state economy back on track. But the state still faces the coronavirus danger. If there is a rise in Covid-19 cases, we will have no option but to impose the lockdown strictly in some parts of the state,” he said while addressing the state on social media.

The CM pointed out that the unlock process has resulted in rise in movement and interaction, due to which the number of positive cases have started increasing. He appealed to the coronavirus patients, who have recovered from the disease and developed antibodies, to donate plasma. “The plasma therapy has managed to cure nine out of 10 patients. Maharashtra is emerging as the number one state in the country for plasma therapy,” he added.