This comes amid talk of quad front comprising India, Japan, US and Australia 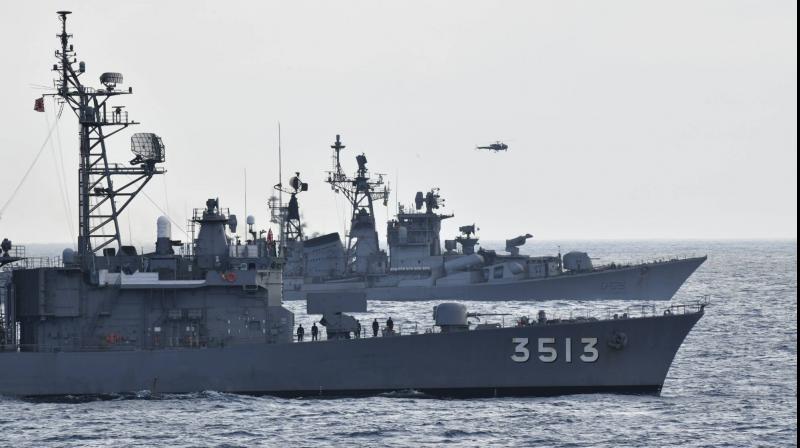 At a time when both India and Japan are facing hostility from China, warships from Indian Navy and Japanese Navy (Japan Maritime Self Defense Force) conducted a joint exercise in the Indian Ocean on Saturday.

The Naval exercise took place when there is growing talk of the possibility of emergence of a joint front of India, Japan, US and Australia to counter the threat of the Chinese Navy in the region.

“On 27th June, Japan Maritime Self Defense Force conducted goodwill training with Indian Navy in the Indian Ocean,” tweeted Japanese Ambassador Satoshi Suzuki. This is the 15th training exercise between JMSDF and Indian Navy for the past 3 years.

“The focus of the exercise was interoperability between the two navies,” said sources.

Japan had backed India during the Doklam standoff with China and has also expressed condolences on the death of 20 Indian soldiers in Galwan Valley during a clash with Chinese soldiers.

The exercise in Indian Ocean is also significant as China is trying to increase its military presence in this region.

The exercise is taking place when China is testing its neighbors including India and Japan.

Due to India-China standoff in Ladakh, Indian Navy is already at a high alert and it has deployed it assets to thwart any misadventure by Chinese Navy from the sea.

There is also growing tension between Japan and China over Senkaku islands. In recent days Chinese coast guard vessels had been repeatedly intruding into Japanese waters near the islands.

Chinese state owned media Global Times on Sunday reported that Chinese Navy will be conducting military exercises in waters off the disputed Xisha Islands in the South China Sea from Wednesday to July 5 to send a signal to its rivals in the region.