India   All India  29 Jun 2019  Will they teach us history? Congress spokesperson Khera retorts to Amit Shah
India, All India

Will they teach us history? Congress spokesperson Khera retorts to Amit Shah

The statement came after Amit Shah's remark that partition of the country on basis of religion was a mistake. 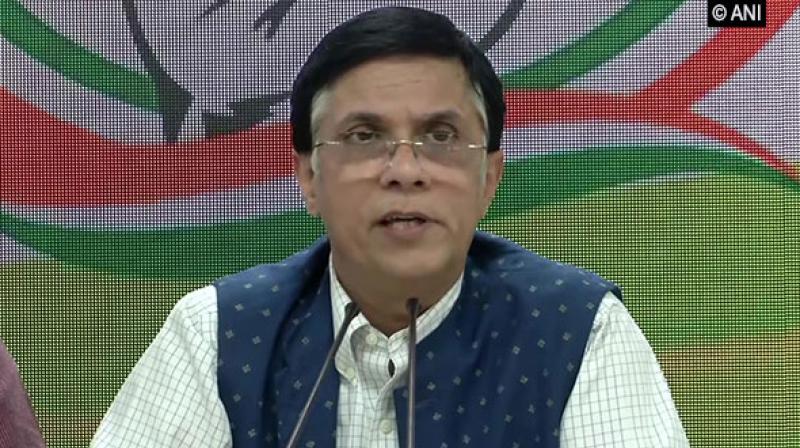 New Delhi: A day after Union Home Minister Amit Shah's remark that the partition of the country on the basis of religion was a mistake, Congress spokesperson Pawan Khera on Saturday said that Hindu Mahasabha was the first to give the two-nation theory.

"When they decided to not take part in the 'Quit India Movement' and the Congress was out of provincial governments, then, the Muslim League and the Hindu Mahasabha together formed governments. Syama Prasad Mookerjee was Finance Minister in West Bengal government. And in the same Assemblies, the resolution of Pakistan was passed in front of them. Will they teach us history," he asked.

Home Minister Shah, while replying to a debate on Jammu and Kashmir in the Lok Sabha, the Lower House of Parliament, on Friday, said: "The partition of the country on the basis of religion was a mistake. It was a historical mistake."

When asked why the Congress is not able to defend the country's first Prime Minister Jawaharlal Nehru, he said: "If someone gives lessons of history after reading it on WhatsApp, then what I can do. I can only send some history books to Prime Minister Narendra Modi and his Cabinet. We don't want to indulge in it. The truth will remain as it is."

"Everyone has history books but Amit Shah Ji has WhatsApp. The new generation knows that they will not pass examinations studying through WhatsApp," he said.

In his first intervention as the Home Minister in Parliament on Friday, Shah had claimed that then Prime Minister Jawaharlal Nehru gave a portion of Kashmir to Pakistan without the consent of the then Home Minister Sardar Vallabhbhai Patel.

"People have given a full mandate to the BJP in the elections. The party has given a return gift to them. The government has cut interest rates on domestic savings like Public Provident Funds (PPF), National Savings Certificate (NSC), and recurring deposits. Small savings are important for the economy," he said.

"In May 2014, 8.4 percent interest rate was there on deposits for two years but now it has come down to 6.4 percent. For five years deposit, 8.5 percent interest was given during our time but today it is 7.7 percent," he said.

"For Kisan Vikas Patra, 8.7 percent interest was given during our time and now it has been cut down to 7.6 percent... We are demanding the decision to be rolled back. We will raise the issue in Parliament as well," the Congress leader said.

Responding to a question about resignations by several party office bearers, Khera said that every party worker wants that Rahul Gandhi should continue as the party chief.

"Everybody in the Congress party has one request to Rahul Gandhi that he should continue as the party president. A resolution to this effect was passed by the Congress Working Committee (CWC) too. The request was repeated by everyone including every state Pradesh Congress Committee," he said.

Gandhi, who became the party president in 2017, offered to step down from his post at the CWC meeting on May 25, taking the moral responsibility for the Congress party's dismal performance in the 17th Lok Sabha polls.