The work in the Kendriya Vidyalaya building construction was done in two phases with contract for first phase given to the company in 2005. 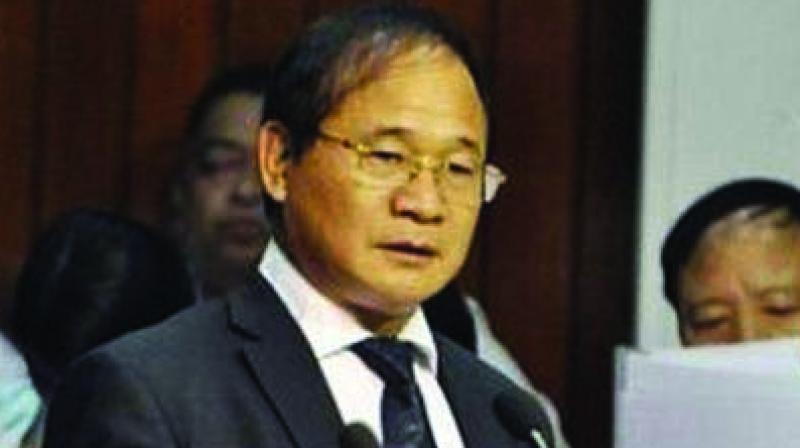 The case pertains to contracts handed by Mr Tuki as the PWD minister in the state to his relatives for “selfish gains without inviting tenders”, the CBI has alleged. The agency had registered a preliminary enquiry, on the orders of the Gauhati high court, to probe into one such work related to construction of a Kendriya Vidyalaya building in Umroi Cantonment, Shillong, worth Rs 1.23 crore, sources said.

It is alleged that several contracts were given to Mary Associate, a firm owned by Mr Tuki’s sister-in-law, Nabam Mary, which was maintaining a current acco-unt in the United Bank of India in which her husband Hari is one of the nominees. The cont-racts were given betwe-en 2005-07, sources said.

The high court on November 16, 2017, had ordered the CBI to carry out preliminary enquiry into 11 contracts followed by regular cases where prima facie evidence of corruption is detected.

The work in the Kendriya Vidyalaya building construction was done in two phases with contract for first phase given to the company in 2005. During the preliminary enquiry, the CBI found that the work was awarded to the company through 25 work orders each below Rs 3 lakh totalling to Rs 63.92 lakh. In addition, another six orders, totalling Rs 5.15 lakh, were also given.

“It was found that Arunachal Pradesh PWD followed CPWD manual and does not have its own manual which says that in urgent matters, work can be awarded without call of tender if the value of work is below three lakh,” the CBI said. If its above Rs 1 lakh, the work can be sanctioned by superintendent engineer while below it can be sanctioned by executive engineer, it said. The PWD officials broke a big order into several smaller orders to avoid call for tender, the CBI alleged.