Armed Leftwing guerrillas suddenly opened fire on them at a place close to Keskutul, leading to killing of three CRPF personnel, the spokesman said. 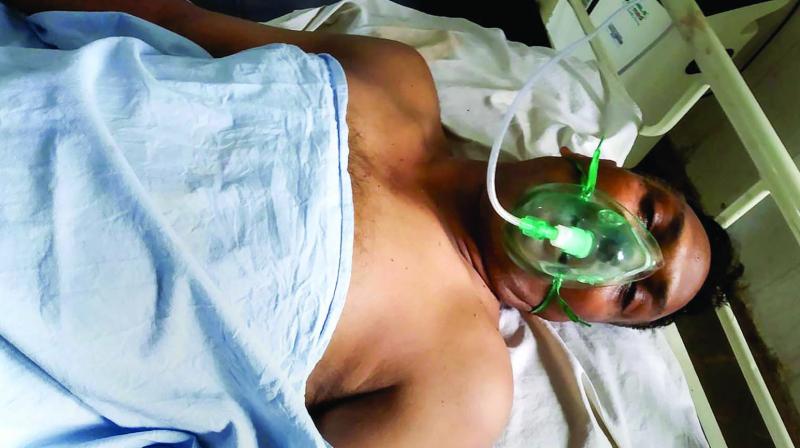 A CRPF jawan undergoes treatment after he was injured during a police-naxal encounter, in which three CRPF personnel died, in Bijapur on Friday. (Photo: PTI)

Bhopal: Three CRPF personnel and a civilian were on Friday killed when Maoists ambushed a road opening party of security forces at Keskutul, nearly five km from Bhairamgarh in Chhattisgarh’s south Bastar district of Bijapur.

According to a CRPF spokesman in Raipur in Chhattisgarh, the Naxal attack came when ten CRPF jawans were conducting sanitization of a 4.5 km route from Bhairamgarh to Keskutul on five motorcycles to ensure security to people visiting the local tribal weekly market.

Armed Leftwing guerrillas suddenly opened fire on them at a place close to Keskutul, leading to killing of three CRPF personnel, the spokesman said. Other members of the road opening party promptly took position and returned fire, leading to a fierce gun battle between them that lasted nearly one hour.

A Bolero carrying schoolchildren was caught in the crossfire while passing by the encounter site, leading to death of Zibbo Telam (15) and injury to Rikki Hemla (14).

Acting on a tip off on presence of senior Maoist leaders in the area, the joint search party raided the camp and razed it to ground.

Five weapons, including three rifles and two muzzle loading guns, and other Naxal materials were recovered at the site.