Will get data on black money from Switzerland by 2019, says Piyush Goyal

Piyush Goyal said, 'We will have all the information and if anybody is found guilty, strict action will be taken.' 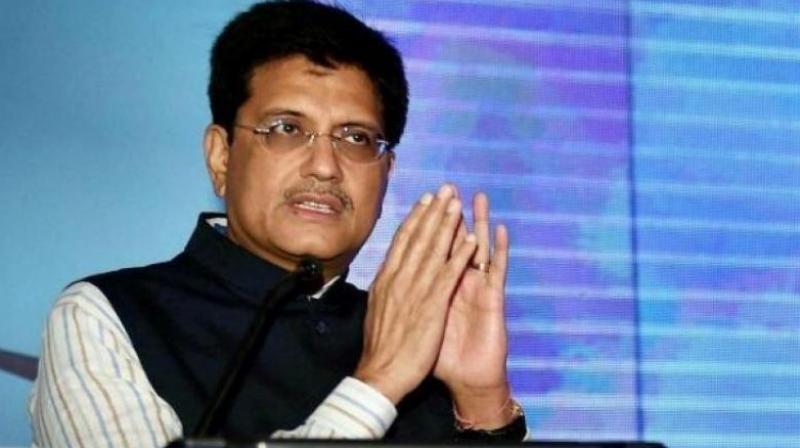 'From January 1, 2018 till end of accounting year, all data will be made available. Why assume this is black money or illegal transactions?', Union Minister Piyush Goyal said. (Photo: File)

New Delhi: A day after the Swiss National Bank released a data that showed a 50 per cent rise in the money of Indians stashed in Swiss banks, Union Minister Piyush Goyal on Friday said, India will get all data of black money, from January 2018 till the end of the accounting year, from Switzerland by the end of fiscal year 2019.

"Agreement between India and Switzerland has this. From January 1, 2018 till end of accounting year, all data will be made available. Why assume this is black money or illegal transactions?" Piyush Goyal said, referring to the report.

The central European nation on Thursday released data that showed money parked by Indians in Swiss banks rose over 50 per cent to 1.01 billion Swiss francs (Rs. 7,000 crore) in 2017.

"We will have all the information and if anybody is found guilty, strict action will be taken," the Union minister told the media in New Delhi.

"Today, nobody has the guts to save money outside the country. And it has been possible only because of the government's hard work," Piyush Goyal added.

Also Read: Money of Indians in Swiss banks rises 50 per cent to over Rs 7,000 crore

While Switzerland has already begun sharing foreign client details on evidence of wrongdoing provided by India and some other countries, it has agreed to further expand its cooperation on India's fight against black money with a new pact for automatic information exchange.

There were several rounds of discussions between Indian and Swiss government officials on the new framework and also for expediting the pending information requests about suspected illicit accounts of Indians in Swiss banks.