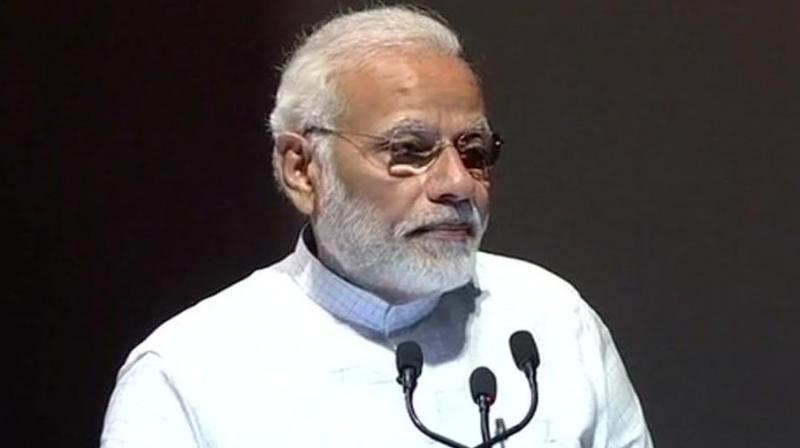 'Along with state governments, the Centre is trying to build infrastructure for modern healthcare all over the country,' Modi said. (Photo: ANI | Twitter)

New Delhi: Prime Minister Narendra Modi on Friday stressed upon improving healthcare system of the country while saying that his government is committed to provide better healthcare facilities to the people of every region.

Addressing the gathering after laying the foundation stone of National Centre for Aging at AIIMS in the national capital, the Prime Minister said that a healthy nation could be formed only from a healthy society.

"In the past four years, there has been a considerable increase in the healthcare system of the country. With the help of central government intervention policy, we are moving in a direction where even the middle-class and the poor can get better health care service," the prime minister said.

He added that his government is making sure that all modern equipments are available in hospitals and that there is an improvement in the healthcare facilities in the rural area.

"Under the New India initiative, we are trying to provide better hospitals to the people, with a proper medical facility. Our government is upgrading 58 district hospitals into medical colleges for the same," he said.

Prime Minister Modi also reiterated his commitment to eliminate Tuberculosis from the country by 2025.

The Prime Minister inaugurated many key projects including a 555-bed super speciality block and a 500-bed new emergency block in Safdarjung Hospital here.

Apart from this, he also dedicates 300-bedded Power Grid Vishram Sadan in AIIMS.