Earlier on the day, the kin of the lynched teenager had identified the four accused. 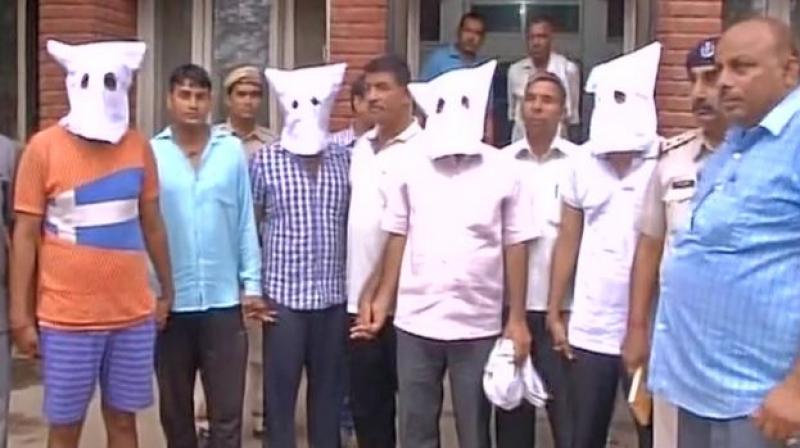 Ballabhgarh (Haryana): The four arrested in the Ballabhgarh lynching case were sent to two-day police remand on Thursday.

Earlier on the day, the brother of 16 year old Junaid Khan, who was stabbed to death on-board a Mathura-bound train, said the family has identified the four accused.

The accused were arrested on Wednesday for lynching Junaid and injuring his brothers.

The teenage Muslim youth was stabbed when he along with his brothers was returning home to Khandawli village in Ballabgarh after shopping for Eid in Delhi last Thursday.

His brothers -Hashim and Sakir- who were also travelling in the train with him were injured by a mob which also allegedly hurled slurs against them.

"We identified these four arrested accused when they were paraded before us. They were involved in beating and jostling with us (Junaid and his brothers on the train)," 20-year-old Hashim told reporters in his village in Ballabgarh.

A 50-year-old Delhi government employee was among four persons arrested on Wednesday in connection with the killing of Junaid.

With the four arrests made on Wednesday, the number of those held in the case has climbed to five, according to Government Railway Police, Faridabad, SP, Kamaldeep Goel.

However, the "prime accused" was still at large, he said.

The four arrested accused belong to areas close to Hodal near Palwal in Faridabad and are believed to be regular commuters, police officials said.

Junaid's brothers had told reporters earlier that the attackers taunted and repeatedly called them "anti-nationals" and "beef eaters".