Congress leader Randeep Surjewala said it is not acceptable that the Prime Minister will launch GST when the President will be there. 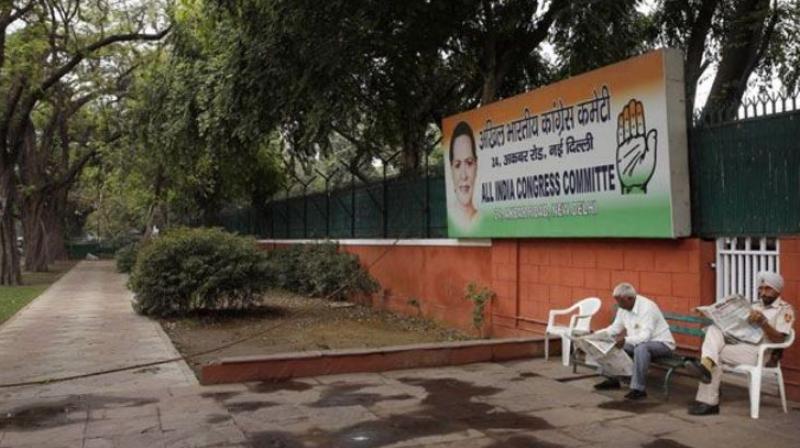 New Delhi: The main Opposition party, Congress, on Thursday decided to keep away from the special midnight June 30 meeting convened by the Government on Goods and Services Tax (GST) implementation.

The decision came after Congress President Sonia Gandhi met former Prime Minister Manmohan Singh along with other leaders on Thursday.

The party has been in a dilemma over attending the special midnight event in Parliament on June 30 to mark the implementation of GST and has had wide-ranging discussions with other parties also, which are likely to follow suit.

Trinamool Congress (TMC) has already announced its decision to boycott the event.

Meanwhile, The CPI also announced that it would skip the special midnight meeting on Friday on GST implementation, as it accused the Centre of being in a hurry to launch it without heeding to appeals by sections of the concerned industry.

Sources said Congress leaders weighed its options as a group within the party felt that the GST was the party's brainchild that has been now taken over by the ruling BJP, and
thus favoured attending the special meeting.

However, some leaders opposing it feel that the GST is being implemented in a haste and all aspects have not been taken into consideration leading to harassment of small
traders and businessmen and thus, the party should abstain.

The Left leaders are also not inclined to attend the special GST meeting and are set to skip it, along with some other opposition parties.

Communist Party of India General Secretary Suravaram Sudhakar Reddy said the party, after discussions with its MPs, decided to skip the meeting convened by the government.

The CPI currently has one member each in Lok Sabha and Rajya Sabha.

"They (the government) are doing it in a hurry without giving proper time," Reddy said, airing his party's concerns on the Goods and Services Tax (GST).

He said the tax slabs under GST are much higher than earlier on things like shoes, slippers, clothes and textiles, all of which would now be costlier though there may be some goods whose prices would also come down.

"The government is not ready to heed to some of the appeals (of sections of the concerned industry), and they are going ahead in a hurry," Reddy said.

He said that banking transactions, as also credit and debit card ones, have become costlier.

"Taking into consideration all this, we have decided to avoid the session," Reddy said.

CPI(M) general secretary Sitaram Yechury has already questioned the government on "hurrying" into introducing GST and recalled that the ruling BJP had opposed the system when it was in the opposition.

The government will use the circular-shaped Central Hall to launch the new taxation system that is set to dramatically re-shape the over USD 2 trillion economy.

A gong will be sounded at midnight to usher in the GST. Prime Minister Narendra Modi will be the key speaker at the function.

President Pranab Mukherjee is also likely to attend the function, where former Prime Ministers Manmohan Singh and H D Deve Gowda have been invited too.