India   All India  29 May 2019  Prohibition imposed in Mizoram after 4 years
India, All India

Prohibition imposed in Mizoram after 4 years

The Mizoram Liquor Prohibition Bill, 2019 was passed by the state Assembly on March 20 this year. 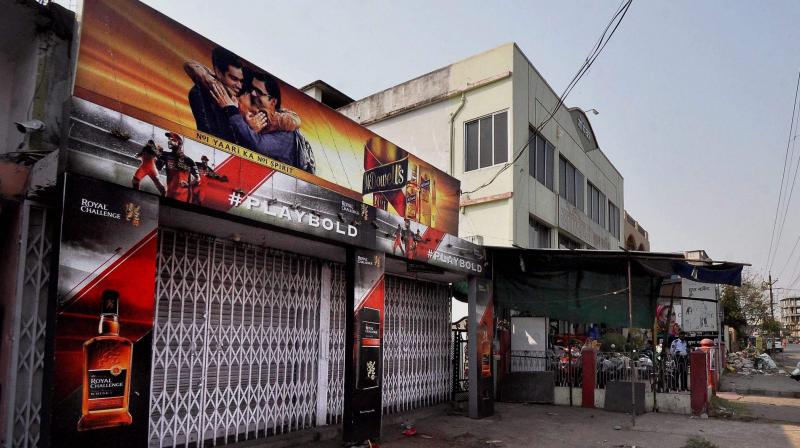 With the new Mizo National Front (MNF) government coming to power, the government changed its policy and moved towards the imposition of dry law again. (Photo: PTI)

Aizawl: Prohibition was imposed in Mizoram after four years as the state government notified the prohibition act on Tuesday, a senior official said.

The Mizoram Liquor Prohibition Bill, 2019 was passed by the state Assembly on March 20 this year and Governor Prof. Jagdish Mukhi has given his assent to the bill.

Excise and Narcotics department, Commissioner, Ngurchungnunga Sailo told PTI that the notification was issued by the state Law and Judicial department and published in the state government official gazette.

The prohibition law could not be notified earlier as the state Chief Electoral Officer (CEO) office, following instructions from the Election Commission of India (ECI) prohibited notification and enforcement of the law till the end of the election process on May 27 as the model code of conduct was in place.

The state government had earlier announced that the notification would be issued on April 1.

While retail wine shops and bonded warehouses were already closed due to unavailability of liquor stocks, Tales and Spirits bar inside the Hotel Ritz in the heart of Aizawl was finally closed on Monday night.

With powerful churches and community-based organisations favouring stringent prohibition law, Mizoram was virtually dry all the time since India’s independence.

With the new Mizo National Front (MNF) government coming to power after the election to the state Assembly held on November 28 last year, the government changed its policy and moved towards the imposition of dry law again.