India   All India  29 May 2018  Kerala man with symptoms of Nipah under observation in Goa hospital
India, All India

Kerala man with symptoms of Nipah under observation in Goa hospital

Blood samples of the patient were sent for testing to the National Institute of Virology in Pune. 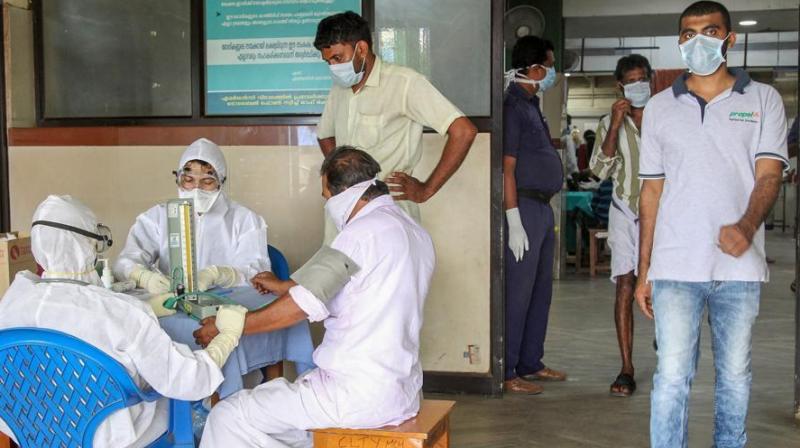 The natural host of the virus is believed to be fruit bats of the Pteropodidae family, Pteropus genus. (Photo: PTI)

Panaji: The state-run Goa Medical College and Hospital (GMCH) has kept under observation a 20-year-old Kerala resident who was found having symptoms of the Nipah virus.

State health minister Vishwajit Rane said the man was under observation at GMCH, located near Panaji in North Goa district, and it was not yet confirmed if he was infected with the deadly virus.

Blood samples of the patient were sent for testing to the National Institute of Virology in Pune, Rane said, adding that there was no need to panic. The patient’s identity was not disclosed by GMCH.

“The patient was travelling alone on a train from Kerala but took ill when he reached Thivim railway station in Goa on Monday morning,” Dr Utkarsh Betodkar, chief surveillance officer, Directorate of Health Services, told reporters.

He said that the patient was initially referred to the district hospital in Mapusa town from where he was admitted to GMCH. “The patient is not quarantined. He has been kept in isolation as a precautionary measure,” he said.

He said that there was no need to panic as it was not a confirmed case of Nipah. He also ruled out the need to notify authorities about the patient’s co-passengers.

Betodkar said that the results of the blood samples, which have been sent to Kerala, would be available by Tuesday evening. He added that the future course of action regarding the patient would be decided once the blood sample report arrives.

“No advisory has been issued by the state government about the virus,” he said.

The Goa government has formed a committee, headed by the state’s Health Secretary, to draw a protocol to deal with Nipah virus cases, if any, in the state.

The virus has so far claimed 14 lives in Kerala.

The outbreak of the Nipah virus infection, a newly emerging zoonosis that causes severe disease in both animals and humans, is suspected to be from an unused well at Perambra in Kerala’s Kozhikode district which was infested with bats.

The natural host of the virus is believed to be fruit bats of the Pteropodidae family, Pteropus genus.

So far there is no vaccine against the virus which was first identified in 1998 in Kampung Sungai Nipah, Malaysia.