At least 40 dead due to thunderstorms in UP, Bihar and Jharkhand

In Bihar, at least 17 people were killed after lightening and thunderstorm hit different parts of the state. 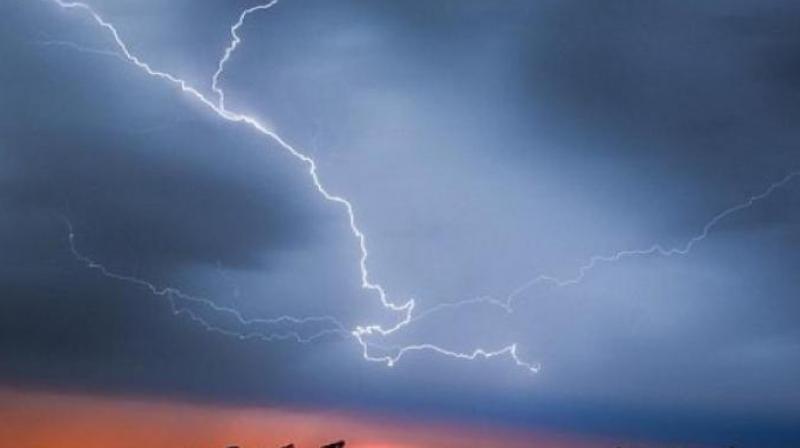 Ten persons were killed and six others injured in the incidents of thunderstorm and lightning in some parts of Uttar Pradesh, a senior government official said on Tuesday.

There are also reports of two persons each being killed in thunderstorm in Kanpur and Rae Bareli, Principal Secretary, Information, Avinish Awasthi said.  said.

The incidents also left some hutments damaged in Unnao and Rae Bareli districts.

Respective district magistrates have been directed to undertake rescue works and ensure distribution of relief in 24 hours, Awasthi added.

At least 17 people died in Bihar as the state witnessed thunderstorms and rains lashed several parts on Monday night.

According to a report in Hindustan Times, lightning killed at least 11 people while thunderstorms left over a dozen others injured in the past 24 hours in Jharkhand, taking the weather-related toll to 18 this month in the state.

The Indian Meteorological Department on Tuesday issued a Thunderstorm warning accompanied with rain, squall and hailstones that is likely to occur for three hours on Tuesday over some areas in Lucknow's Hardoi, Sitapur, Farrukhabad districts and adjoining areas.