Over 1,000 people arrested for lockdown violations in Goa

The police were strictly implementing the lockdown across the state, including the beach belt of Calangute 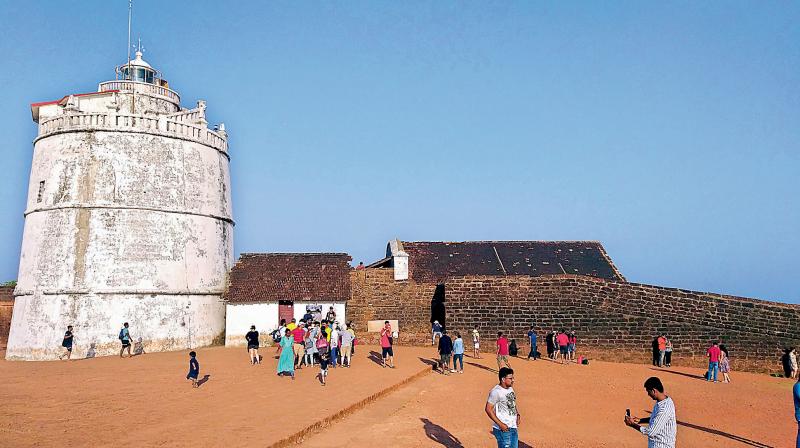 As many as 1,058 persons were arrested and 588 FIRs were lodged by the Goa police for violation of the COVID-19 lockdown. (PTI Photo)

Panaji: As many as 1,058 persons were arrested and 588 FIRs were lodged by the Goa police for violation of the COVID-19 lockdown, an official said on Wednesday.

With 101 offences and 172 arrests, the Calangute police station in North Goa registered the highest number of cases till Tuesday, a release here stated.

The police were strictly implementing the lockdown across the state, including the beach belt of Calangute, deputy superintendent of police (Porvorim) Edwin Colaco said.

"We have ensured that people don't violate section 144 of the Criminal Procedure Code, which was imposed in the state during the lockdown," he said.

According to the police department's data, South Goa, which covers the jurisdiction of Margao, Quepem, Vasco, Ponda and Konkan Railway, has registered 295 cases of lockdown violations.

At least 615 people were arrested in South Goa for defying the lockdown, which was announced last month to contain the spread of coronavirus, it was stated.

The Porvorim sub-division in North Goa that includes Porvorim, Calangute and Saligao has registered 149 FIRs and made 222 arrests for curfew violations, the data revealed.

At least 79 cases were registered and 128 persons were arrested in the Panaji sub-division of North Goa, while Bicholim and Valpoi police stations have registered 25 offences and arrested 38 persons.