The accused, identified as Arun Sinh Jadhav, has been arrested 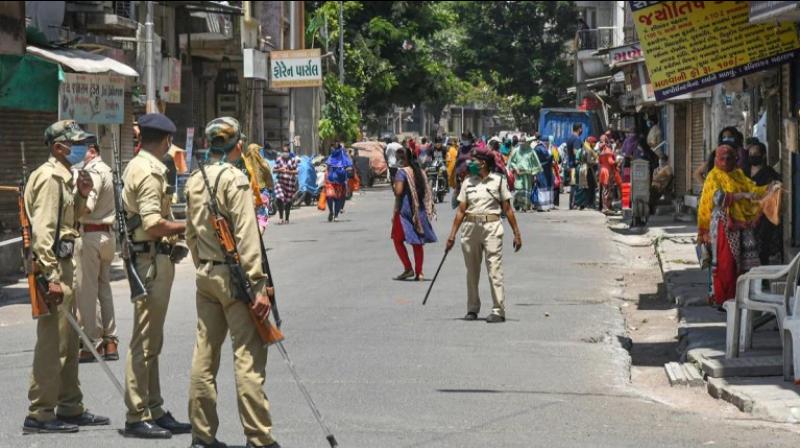 A 35-year-old police constable on lockdown duty in Maharashtra was injured after a man allegedly assaulted him. (PTI Photo)

Solapur: A 35-year-old police constable on lockdown duty in Maharashtra was injured after a man allegedly assaulted him and tried to set him ablaze, an official said on Wednesday.

The accused, identified as Arun Sinh Jadhav, has been arrested, he said.

The incident took place near Maloli village in Malshiraj tehsil of Solapur on Tuesday night when the constable was asking people to stay indoors, a duty officer at Velapur police station said.

"At that time, Jadhav came in his car and started abusing the policeman. The accused sought an explanation from the constable as to why he had gone to check his brother's hotel," the official said.

Jadhav snatched the policeman's phone and threw it on the road. He then allegedly slashed the constable's left hand and face with a blade and started thrashing him, the official said.

"The accused then took out a bottle of petrol from his car and allegedly poured it on the policeman. However, a police patil (village-level official) and some others caught hold of Jadhav and stopped him from setting the constable on fire," the official said.

The constable, who is attached to Velapur police station, later lodged a police complaint in connection with the incident.

The accused was subsequently arrested and booked under Indian Penal Code Sections 307 (attempt to murder) and 353 (assault or criminal force to deter public servant from discharge of his duty), the official said.