India has committed to eliminating measles and significantly reducing cases of rubella by 2020, and 32 states have rolled out the campaign so far. 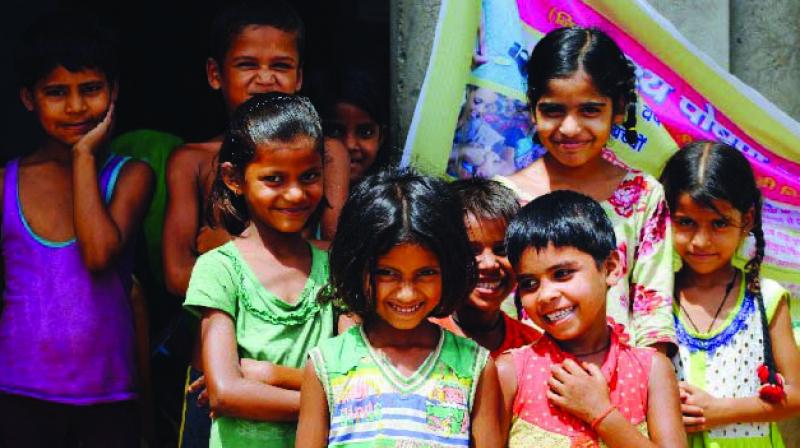 We are currently observing World Immunisation Week, which raises awareness of the value of vaccines globally. In India, we have much to celebrate. India has been a leader in fighting vaccine-preventable diseases, providing vaccinations free of cost through the Universal Immunisation Programme since 1985. This commitment has brought polio cases down to zero, and rid the country of other diseases like smallpox and maternal and neonatal tetanus.

Two years ago, the government took another key step, launching the world's largest campaign to prevent two highly contagious diseases — measles and rubella. Despite some progress, India still sees more than a million measles cases and nearly 50,000 young children lose their lives to measles. Rubella causes almost 40,000 birth defects annually, due to women contracting the disease during pregnancy. India has committed to eliminating measles and significantly reducing cases of rubella by 2020, and 32 states have rolled out the campaign so far.

But to achieve its full potential, the vaccine must reach at least 95 per cent of all children, and India is among the many countries around the world experiencing a troubling trend that threatens success — growing scepticism around vaccines. This is despite the abundance of scientific evidence that show vaccines are one of the best tools we have for child health.

A recent controversy in New Delhi is just one example. This January, parents raised concerns about consent for immunisation in a petition to the Delhi high court. In response, the court ordered that the government make several changes to the campaign, including conducting more intensive community engagement to inform parents about the measles and rubella (MR) vaccine. As a parent myself, I can absolutely understand the variety of concerns that parents have around vaccination, who simply want to make the best decisions possible about their children's health. Parental consent obtained through effective communication is critical when administering any medical intervention to minors, and vaccines are no exception. Yet the case exemplifies the problematic, growing hesitancy around vaccines, making it more difficult to protect children and prevent outbreaks.

The challenge is not limited to Delhi. Vaccine hesitancy is becoming increasingly important in India. For example, misinformation was spread around recent measles rubella campaigns in several states, including Gujarat, Kerala, Maharashtra and Karnataka. Globally, the challenge is severe — scepticism around vaccines is listed among the World Health Organisation's top 10 threats to global health in 2019, alongside issues like climate change.

Around the world, measles is spiking due to vaccine hesitancy - with a 30 per cent overall increase and outbreaks from Japan to Brazil to the United States. Hesitancy could also lead to a resurgence of other vaccine-preventable diseases and cost thousands of people their health, well-being, and even their lives.

While the factors driving this phenomenon are complex, the facts are simple. Science has proven over and over that MR vaccines, which are used in approximately 150 countries, are very safe. They are also highly effective - between 2000 and 2017, measles vaccination prevented an estimated 21 million deaths globally. In India, the MR vaccine has contributed to a 51 per cent decline in measles deaths between 2000 and 2015.

Conversely, a person infected with measles spreads the disease to as many as nine out of 10 unvaccinated people they come into contact with. The virus can begin to spread days before symptoms such as the rash become visible, through coughing and sneezing. Because measles is so contagious, high levels of immunisation coverage with this safe, effective vaccine are critical to prevent the spread of this disease - including to those who are not medically able to get vaccinated, like infants or those with certain health conditions. Even pockets of vaccine hesitancy can be catastrophic.

It is more important than ever that we convey facts, clarify misconceptions and establish trust for today and the future. This means governments investing in programmes clearly communicating the value of new and existing vaccines. It means doctors listening to parents’ concerns and sharing the evidence. It means all of us committing to spread accurate information among our communities that vaccines work and save lives.

Let’s build on India’s legacy as a leader in child health, protect our children from measles, rubella and other life-threatening diseases and keep our communities healthy for generations to come.

Dr N.K. Ganguly, a former director-general of the Indian Council of Medical Research, is a recipient of the Padma Bhushan and numerous national and international awards