Mr Kumar, who was facing sedition charge in the wake of students’ unrest in JNU recently, has been fielded by CPI (Marxist) in Begusarai. 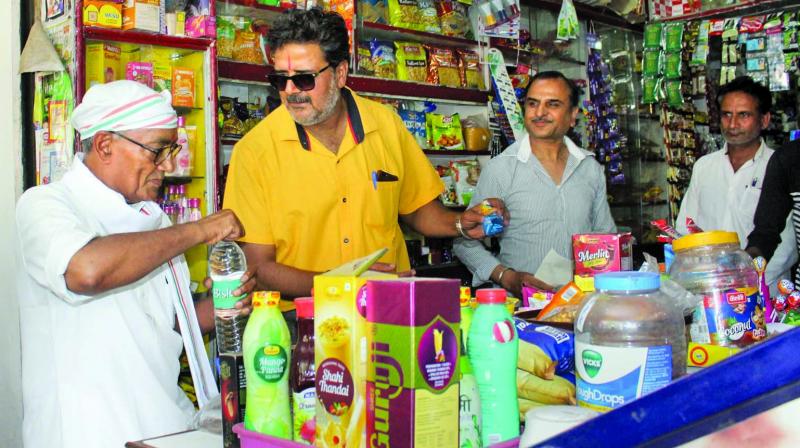 “I am a supporter of Kanhaiya Kumar. I also told my party that RJD has committed a major mistake (by fielding candidate against Kanhaiya Kumar). The seat should have been left to CPI (Marxist) (by the grand alliance)”, Mr Singh while addressing an election meeting here.

Mr Kumar, who was facing sedition charge in the wake of students’ unrest in JNU recently, has been fielded by CPI (Marxist) in Begusarai.

RJD has fielded Tanveer Ahmed in the constituency, which is going to polls on Monday.

Mr Singh said Mr Kanhaiya was going to campaign for him in Bhopal for two days from May 8.

He said CPI (Marxist) was a party which waged ideological battle. “Congress had won the 2009 LS elections because Left parties were with it”, he said.

Mr Singh is pitted against Sadhvi Pragya of BJP in Bhopal. In another development, Mr Singh took a swipe at his BJP rival for her offensive comment on slain IPS officer of Maharashtra Hemant Karkare, martyred by terrorists during 26/11 Mumbai terror attack. Pragya, who alleged tortured in police custody by the slain police officer and his men following her arrest in 2008 Malegaon blast case, had triggered a controversy by saying that her curse on him led to his tragic end.

She could have ensured end of Pakistan terrorist Masood Azhar by cursing him, he quipped sarcastically.