After the launch the control for most domains is likely to remain with the students of the institute. 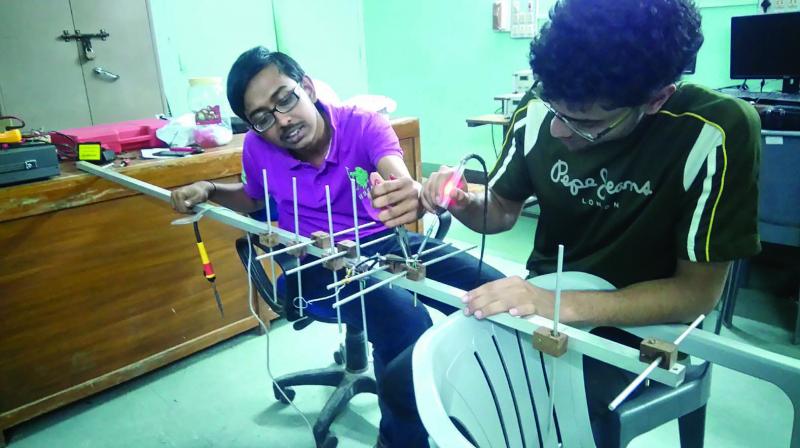 Team Anant members of BITS Pilani working in a laboratory.

New Delhi: Mentored by experts from the Indian Space Research Organisation (Isro), undergraduate students at Birla Institute of Technology, Pilani, are inching closer to their dream of designing and launching a nano-satellite or cubesat — of the size of a shoebox – with a special camera that will help study the earth’s surface for response during natural hazards and track carbon dioxide (CO2) emissions.

The country’s first student-run undergraduate research group, which is on a mission to launch a one-of-its-kind nano-satellite with hyperspectral imager, has been christened Team Anant. It has 40 members across all engineering branches and batches at the Rajasthan-based institute.

“Ours will be the first nano-satellite in India to do so. Globally, only two other nano-satellites have used a hyperspectral imager,” said Kaushley Mehra, a member of the publicity group of Team Anant.

The Rs 1 crore project is being funded by BITS Pilani while the Isro is expected to bear the Rs 20 lakh cost of satellite launch once an MoU is signed as part of the Union government’s push to encourage research. Team Anant is moving ahead with a tentative launch date in 2021.

“The cost of components and basic supplies is borne partly by the institute and by sponsors,” Mr Mehra said.

After the launch the control for most domains is likely to remain with the students of the institute.

A hyperspectral camera captures much more information than a normal camera and the data collected by it can be used for purposes like help in CO2 monitoring, natural hazard response, to imp-rove weather forecasts, for measuring the ozone concentration in the stratosphere, for land use classification, for vegetation mapping and algae detection, exploring mineral resources and defence.

“At a later stage, a constellation of Anant-like CubeSats can be built to increase the resolution, essential in detecting rapid changes sometimes occurring at an hourly rate, saving lives and time, at a fraction of a cost of a traditional mission,” said Mr Mehra.