At 62, Vijay Mallya set to tie knot for 3rd time? All eyes on girlfriend Pinky Lalwani

Both reportedly started dating when Vijay Mallya offered Pinky Lalwani a job in the Kingfisher Airlines. 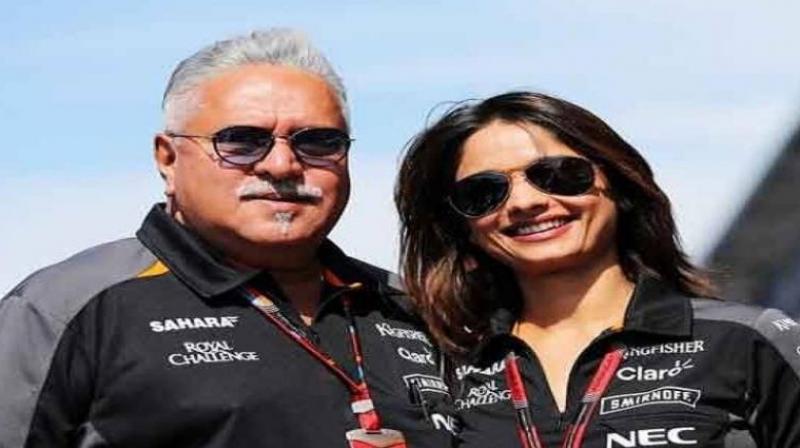 Pinky Lalwai, a former Kingfisher Airlines air hostess, lives with Mallya at his mansion in Hertfordshire, which is about an hour and a half from London. (Photo: PTI)

Mumbai: Fugitive liquor baron Vijay Mallya, who is wanted in India for defaulting on loans worth Rs 9,000 crore, is all set to marry for the third time, suggest reports.

According to reports, the businessman is believed to have decided to marry Pinky Lalwani, his partner for over three years.

Pinky Lalwai, a former Kingfisher Airlines air hostess, lives with Mallya at his mansion in Hertfordshire, which is about an hour and a half from London.

The 62-year-old was previously married to Sameera Tyabjee, a former air hostess, in 1986-87. Mallya is still legally married to Rekha Mallya whom he married in 1993. He has three children from his two marriages - Siddharth, Leanna and Tanya.

Both reportedly started dating when Vijay Mallya offered Pinky Lalwani a job in the Kingfisher Airlines.

According to reports, the couple celebrated their anniversary of 'togetherness' about a week ago.

Pinky Lalwani has been seen alongside Vijay Mallya on his trips to London for hearings in a court where India is fighting for his extradition. The two are almost always together in photographs at public events.

Vijay Mallya left India in March 2016, just as a consortium of banks led by the State Bank of India started efforts to recover around Rs 9,000 crores loaned to the collapsed Kingfisher Airline.

The tycoon is also wanted by investigators in India for charges of money laundering.

The liquor baron was arrested by Scotland Yard on an extradition warrant in April in 2017, and is out on bail.

In a recent hearing, a British judge said it was blindingly obvious that rules were being broken by the Indian banks that sanctioned some of the loans to the now-defunct Kingfisher Airlines.