The move comes months after a Centre-appointed three-member committee indicted the AAP government for "misusing" exchequer money on ads. 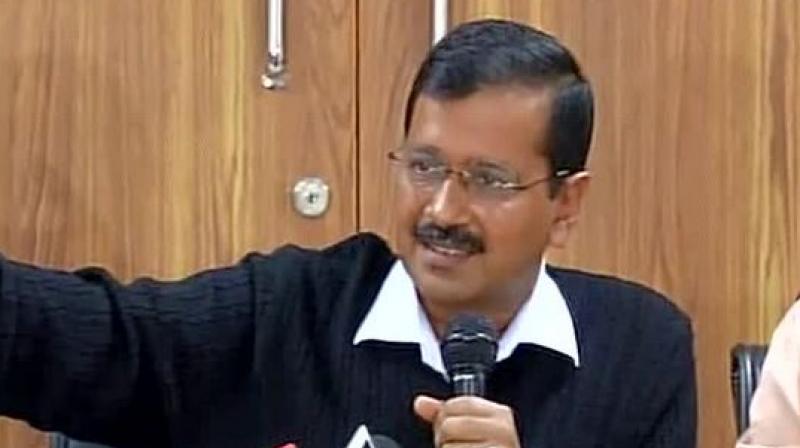 New Delhi: In a setback to the Kejriwal, Lt Governor Anil Baijal has directed Rs 97 crore to be recovered from Aam Aadmi Party that was allegedly "splurged" by the city government on advertisements in violation of the Supreme Court guidelines.

Baijal also ordered an inquiry into the spending on advertisements projecting Chief Minister Arvind Kejriwal and his party and asked the chief secretary to assign responsibility.

The AAP will have to reimburse the money within a month.

The move comes months after a Centre-appointed three-member committee indicted the AAP government for "misusing" exchequer money on advertisements.

Sources told PTI that out of Rs 97 crore incurred on advertisements, government has so far paid Rs 42 crore to ad agencies and the LG has directed Chief Secretary M M Kutty to get the amount reimbursed from the AAP.

The rest Rs 55 crore, which is yet to be paid by the Kejriwal government, would be given by Aam Aadmi Party to the ad agencies, according to the LG's directions.

Last year, the three-member committee, headed by former Chief Election Commissioner B B Tandon, had been constituted by the I&B ministry on directions of the Supreme Court to address issues related to Content Regulation in Government Advertising.

"The Lt Governor has now directed the Chief Secretary to get the amount of Rs 97 crore from Aam Aadmi Party," a source said.

In a report earlier this month, the Comptroller and Auditor General (CAG) had also found that the Aam Aadmi Party government spent Rs 29 crore in releasing advertisements outside Delhi which was "beyond" its responsibility.

It had also said that advertisements worth Rs 24 crore released by it were in violation of financial propriety and Supreme Court regulations, stated the CAG report tabled in the Delhi Assembly on March 10.

The AAP Government had rejected the report.

Last year, the committee had received a complaint from Congress leader Ajay Maken accusing the AAP government in Delhi of splurging public money on advertisements.

In its order in September last year, the panel had said, "It came to the conclusion that the Government of NCT of Delhi has violated guidelines issued by the Hon'ble Supreme Court of India in six of the nine areas listed by the complainant.”

In its order, the panel which also comprised adman Piyush Pandey and journalist Rajat Sharma, had said that AAP should be made to reimburse the expenditure since the violation of the Supreme Court order of May 13, 2015, has taken place.

The assessment of the expenditure should be made by the Delhi government, it said.

The panel had also directed Delhi the government to assess expenditure incurred by it in issuing advertisements outside the territory of Delhi on the occasion of various anniversaries (except those tender or appointment advertisements which are outside the purview of the Supreme Court laid guidelines in a judgment delivered in May 2015).

It had directed that the Delhi government assess expenditure on those advertisements or advertorials in which the name of Aam Admi Party is mentioned, which publicized the views of the Chief Minister on incidents that took place in other states, and advertisements which targeted the opposition.