The police said they are investigating the matter and trying to decode the message written on the white paper. 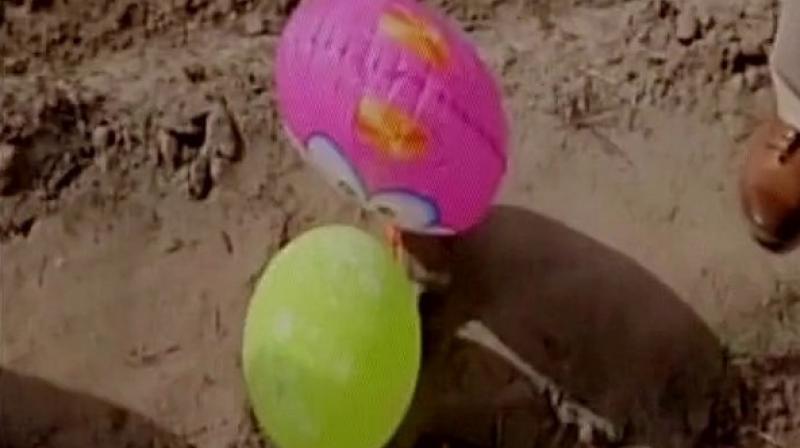 Kapurthala: The recovery of some balloons, coins and a white paper carrying some message and a map created quite a panic in Punjab's Kapurthala.

These things were found in Kapurthala's Mallian village.

The police said they are investigating the matter and trying to decode the message written on the white paper.

"Four balloons were tied together. These were found in an agricultural land in the village. Something was written on it in Urdu or in a similar language. Two light-weight coins were also found. May be it was silver. We are checking the writing and the coins. We are decoding the writing so that we get to know something." SSP Kapurthala Sandeep Kumar Sharma.

Responding to a poser as to whether the materials have been sent from Pakistan, Sharma said sending message through balloons is not possible because direction may change with wind.

"A trained bird can be used for that. We are trying to contact someone who can understand the language," he added.