India   All India  29 Mar 2017  Nitish should make his ground firm to challenge Modi for 2019 elections: BJP
India, All India

Nitish should make his ground firm to challenge Modi for 2019 elections: BJP

‘If Nitish Kumar wants to take authority and rule the party then, he needs to first win confidence with Lalu and then from PM,’ BJP said. 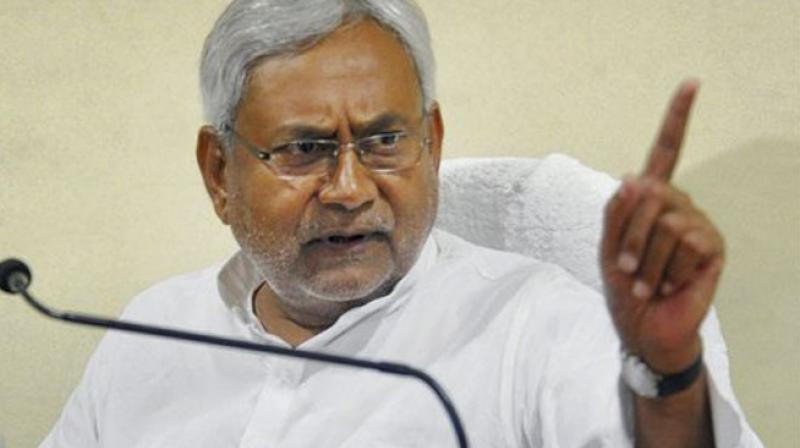 New Delhi/Patna: Following reports that Bihar Chief Minister Nitish Kumar may join hands with the National Democratic Alliance (NDA), the Bharatiya Janata Party (BJP) on Wednesday asserted that Janata Dal United is a small party, adding that it first needs to lead in its own state then rule the country.

"JD (U) is a small party when compared to BJP. Even Mamata Banerjee has more number of MP in her party. So now if Nitish Kumar wants to take authority and rule the party then, he needs to first win confidence with Lalu Prasad Yadav and then from Prime Minister Narendra Modi," Modi told ANI.

Sushil further stated that Prime Minister Modi has become the face to India, adding that Nitish Kumar needs to win that over soon only if he wants to do something big.

"People have seen Prime Minister Narendra Modi and will give vote to him because of his dedication and work towards the country. So if, Nitish and his party are not working properly under the leadership of the Congress then only things will work out or else fail," he added.

Resonating similar views, another BJP leader C. P. Thakur stated that no one can challenge Prime Minister Modi for his chair.

"With Prime Minister Modi currently ruling the nation, no one can challenge him for his chair. His hard work and dedication has proved it all," Thakur told ANI.

Earlier in the day, the JD (U) stated that their alliance is strong and is working for Bihar's development.

Kumar, whose party was once a part of the NDA, had walked out of the 17-year-old alliance in Bihar in 2013 when Narendra Modi was declared as the NDA's prime ministerial candidate.

In the recent assembly polls in Uttar Pradesh, the BJP got a massive mandate, sealing Prime Minister Modi's leadership.