The House had allotted 7 hours for holding talks on crucial bills that seek to trigger the biggest ever tax reforms. 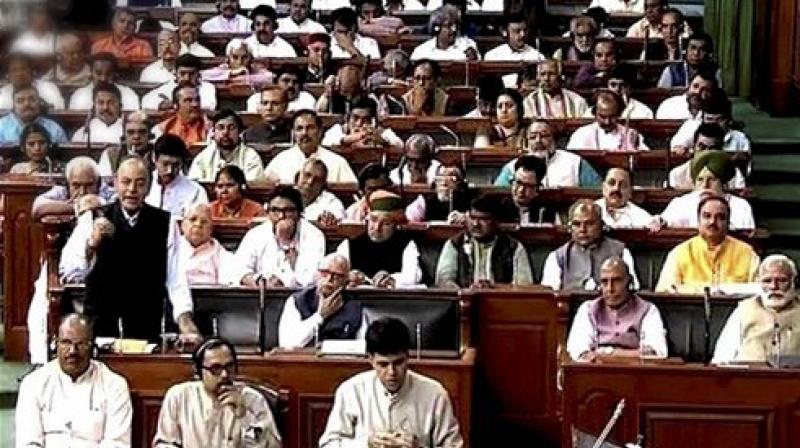 The bills were passed after clause by clause voting on them in the Lower House of Parliament.

The House had allotted seven hours for holding talks on crucial bills that seek to trigger the biggest ever tax reforms.

All the GST laws have been clubbed together and are being presented as Money Bill that does not necessarily require approval from Rajya Sabha. Lok Sabha is not bound by any law to include amendments in a Money Bill proposed by the upper house of the Parliament.

Earlier, the Opposition Congress slammed the bill, saying India lost a whopping Rs 12 lakh crore due to years of delay in implementation of the GST due to the stiff opposition by the BJP when the UPA government was in power.

Initiating a discussion on the four GST bills in the Lok Sabha, Congress leader Veerappa Moily said what the NDA government has brought about in the name of a "revolutionary tax reform is not a game changer but only a baby step".

Criticising various provisions in the proposed GST regime, Moily said it will be a "technological nightmare" and the anti-profiteering provisions in it are "far too draconian."

"Seven to eight years have passed after the erstwhile UPA government wanted to bring the GST bill. Some parties then felt it should be halted due to reasons best known to them," he said.

The former Law Minister said due to the delay caused in the roll out of GST, the country lost around Rs 1.5 lakh crore annually and put the total loss at Rs 12 lakh crore. Asking who will compensate for this "huge loss", Moily said the country was deprived of massive financial benefits due to the "damaging political gambles".

Moily also slammed the Narendra Modi government for "high as well as too many taxes under the proposed GST system which he said does not reflect the original spirit behind the new tax regime."

"The one nation, one tax concept is only a myth. There are too many rates, cesses... What you brought today cannot be called a game changer but only a baby step," said Moily. Referring to the "complexities" in the inter-state transactions proposed under under the GST, he called some of the provisions as "retrogade".