Senior police officers are personally monitoring the action on this front, with the CM himself seeking daily reports on the issue. 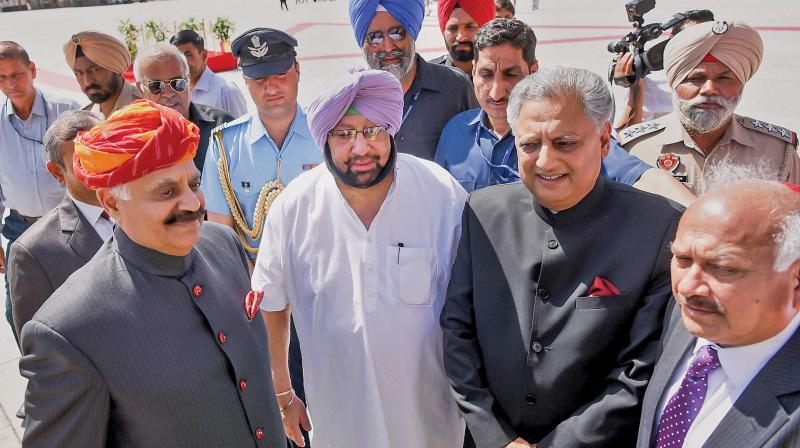 Chandigarh: In a multi-state agency operation, as many as 485 drugs traders peddlers have been arrested and 387 cases registered under the NDPS Act as part of the Captain Amarinder Singh-led government’s crackdown on drugs in Punjab.

SHO-level teams, backed by CIA and Anti-Narcotics Cell units, have been formed in every district to implement the government’s campaign to wipe out drugs from the state in four weeks, a spokesperson of the chief minister’s office (CMO) disclosed here on Tuesday.

State Special Operations (SSOP) cells have also joined the drive, which has led to major drugs seizures across the state, said the spokesperson, adding that the civil administration was also extending its full support to the anti-drugs campaign by the various police and intelligence agencies.

The CM has directed the state agencies to coordinate with central agencies such as the Narcotics Control Bureau (NCB), the Directorate of Revenue Intelligence (DRI) and the Customs Department to check the supply and smuggling of drugs into the state from other parts of India and abroad, said the spokesperson.

A Special Task Force (STF) has already been set up to steer the special and focused drive launched against drugs, especially ‘chitta’  (heroin, synthetic/ pharmaceutical drugs), on the directives of the CM. The maximum of 63 cases have been registered in Jalandhar Rural district, from where the maximum recovery of 7.25 kg of opium, besides 1 kg recovery of heroin by BSF at the border, has also been reported.

The Jalandhar police has launched its own helpline number while appealing to the public to come forward with any information  on drugs smuggling and supply in the state.

All police stations have been directed to make lists of drug peddlers and bootleggers with more than two FIRs registered against them in the past 10 years.

These people will be kept under surveillance. Senior police officers are personally monitoring the action on this front, with the CM himself seeking daily reports on the issue.