A Canadian national has gone missing in Sukma district. Either he lost his way or he has been detained by the locals. 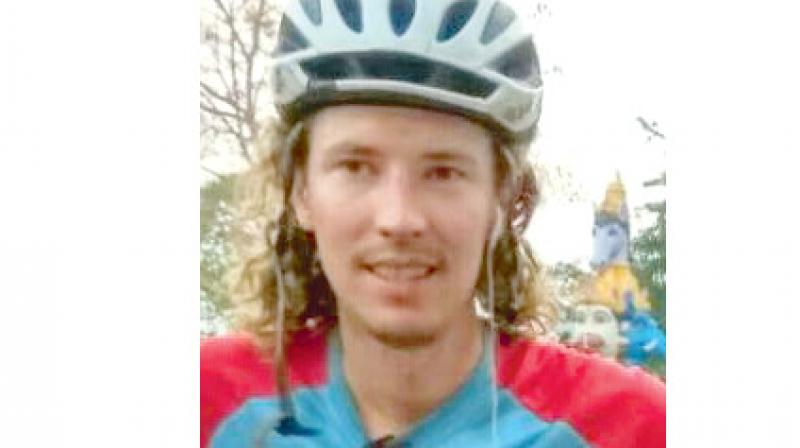 The foreign national who represented Canada-based organisation — Immigration Refugee Citizen — was on a bicycle expedition in the country and was last seen in the village of Singamdaga under Kistaram tehsil of the district on Monday morning, the Bastar police said.

He had set out his bicycle expedition from Mumbai on March 14.

“A Canadian national has gone missing in Sukma district. Either he lost his way or he has been detained by the locals. We have not been able to contact him so far. We are trying to secure his safe release through locals. Hopefully, he will be set free by Wednesday morning,” Bastar range inspector-general of police P. Sunder Raj told this newspaper on phone.

“He may have been in the captivity of the lower level Maoist cadres. However, I cannot say much on the matter since it related to national security,” he said, adding, “All I can say is that he is safe and sound”.

“The place where the Canadian national has been detained by the locals is a Naxal-stronghold. Usually, local tribals in the Maoist-stronghold consult Maoist leaders operating in the area before taking any decision in such a situation,” Chhattisgarh director-general of police (DGP) (Naxal operation) D.M. Awasthi said.

Authorities in the Canadian embassy, foreign ministry and the Chhattisgarh government swung into action after reports of kidnapping of Szlazak by Naxals in Sukma district started circulating late on Monday night.

In a statement, Sukma district superintendent of police (SP) Jitendra Meena said the missing Canadian was intercepted by local tribals and was being interrogated by them as they view the strangers with suspicious.

According to him, police action to secure his release was ruled out since it would endanger his life.